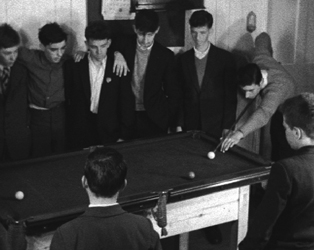 The programmes include a colourful array of material from the IFI Irish Film Archive with a focus on films featuring children and young people from the 1950s to the present day. Offering audiences a whistle-stop tour of the history of Irish short film production the programme includes newsreels, ads, public information films, animations and short dramas.

This programme will be introducted by Stuart Hetherington