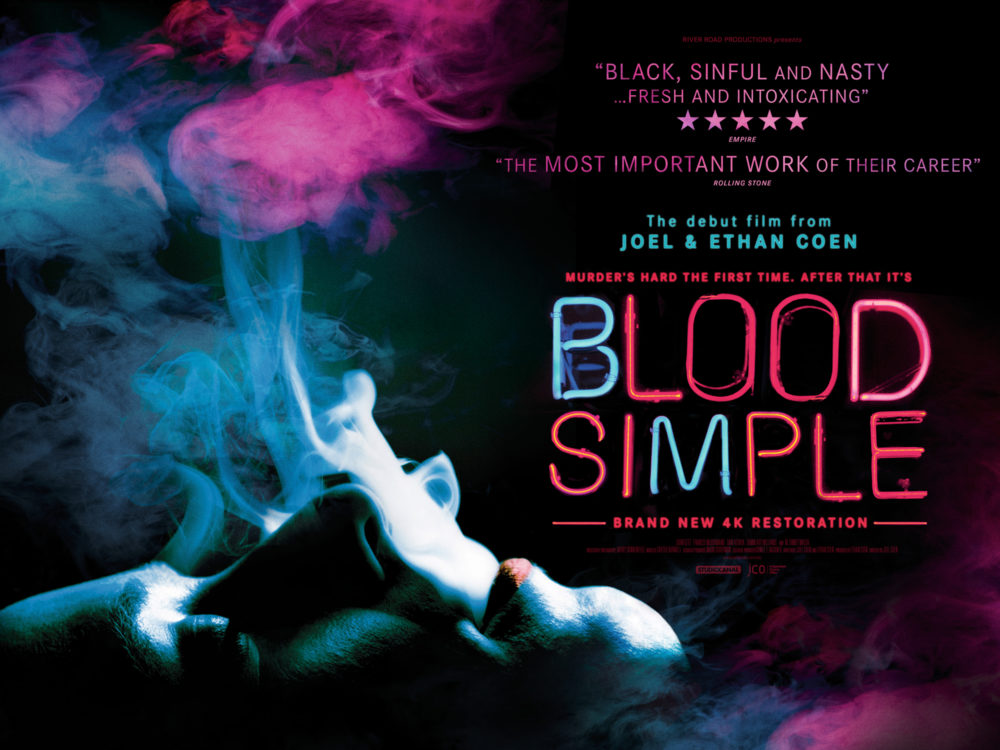 We’re delighted to confirm an addition to our printed programme, with the release of Blood Simple on Friday the 6th of October 2017.

The first feature from Joel and Ethan Coen was released in 1984, kicking off a career which would go on to include sharing duties on modern classics like Fargo, Miller’s Crossing, The Big Lebowski and No Country for Old Men.

Set in Texas, the film sees a bar-owner hiring a seedy M. Emmet Walsh to murder his wife and her lover. Naturally things don’t quite go to plan, and you can see all the hallmarks of the Coen’s later work in this pared back thriller.

This release will be the Director’s Cut, presented from a new 4K restoration which will be just like seeing the film for the first time more than 30 years ago. Check out the newly released trailer below and book your tickets now.

Blood Simple opens at the Irish Film Institute on Friday the 6th of October, 2017.