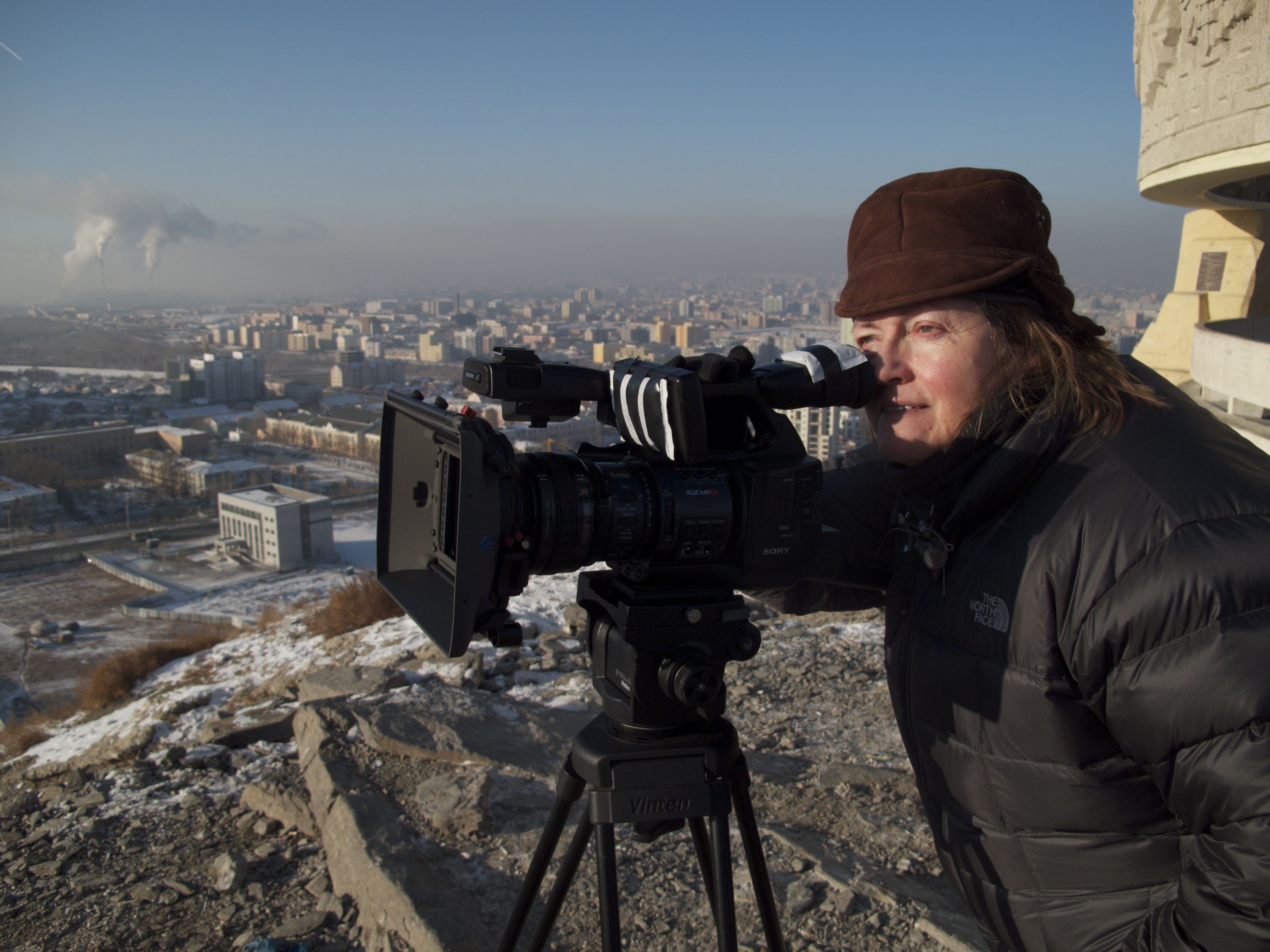 We have learnt, with profound sadness, of the untimely death of director Ciarín Scott.

Ciarín was an award-winning filmmaker who returned to documentary production in 2006 after a successful and prolific career in commercials.  Her documentaries paint intimate and revealing portraits of characters who have achieved extraordinary goals, often against the odds. In A House that Ceased to Be (2014 Winner of the IFI Stranger than Fiction Festival Audience Award; 2015 Winner of IFTA’s George Morrison Award ) she documented the fraught life journey of Christina Nobel;  in Michael Scott – A Changing Man (2006) she presented a documentary profile, both factual and familial, of her father, the actor and architect (most famously of Busáras).

Ciarín engaged significantly with us in the IFI in her production of Waiting for the Light (2008) – available to watch for free on the IFI Player here, a frank and funny portrait of her elderly former mentor George Morrison  (Mise Éire, Saoirse?) with whom she maintained a lifelong friendship  – and for whom she produced Dublin Day in 2007 when George was 83. Ciarín had a series of arts documentaries in preparation – most notably Step by Step – a decade-long project following the pupils of a ballet school in a disadvantaged area of London.

It was always a pleasure to work with Ciarín – whether undertaking archival research; curating programmes of George’s work; or scheduling screenings of her own films here in IFI.  Our encounters were always driven by her indefatigable energy and determination and infused with her kindness and good humour.  She will be sorely missed.

The staff and board of IFI convey our deepest condolences to Ciarín’s family at this very sad time.