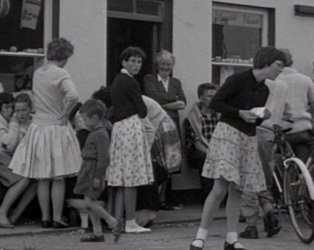 In the first of an occasional series of dedicated shorts programmes, we celebrate Seachtain na Gaeilge with a colourful slate of Irish language shorts.

Coranna
A young boy and his horse, Coranna, race to save their parish from an approaching catastrophe in this animated film.
FILM INFO: Steve Woods, 9 mins, Ireland, 2017