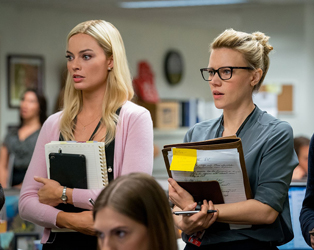 As founding CEO and chairman of Fox News, Roger Ailes was one of the most powerful and influential men in American conservative media. His career was brought to an ignominious end in 2016 following multiple accounts of his sexual harassment of women across decades.

When anchor Gretchen Carlson (Nicole Kidman) files a lawsuit against Ailes (John Lithgow) claiming that she had been fired for refusing his advances, it divides Fox staff into camps depending on whether they believe her. Although new staff member Kayla Pospisil (Margot Robbie) has recently had it made clear to her what she needs to do in order to advance her career, she is reluctant to speak out.