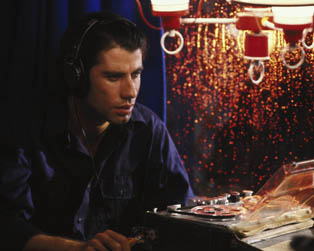 During a late night recording session in a Philadelphia park, Jack Terry (John Travolta), a sound technician on low-budget horror movies, witnesses a car plunge into a nearby creek, leaving the driver dead and a passenger injured. Listening back to the recordings, Jack realises he may have inadvertently captured audio evidence of an assassination attempt on a presidential hopeful. One of De Palma’s finest films, Blow Out sees the director mixing elements of the Kennedy assassination, and the Chappaquiddick incident, with stylistic borrowing from Antonioni’s Blow Up, slasher movies and Hitchcock, a frequent touchstone, resulting in a delightfully lurid political thriller.

The screening will be introduced by Brian Lloyd, Movies Editor at entertainment.ie.