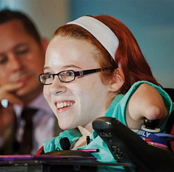 This January the IFI celebrates gripping true life stories with screenings of Testament of Youth and Oscar-nominated films The Theory of Everything and Foxcatcher.

In this month’s blog from the IFI Irish Film Archive’s Tiernan MacBride Library, we revisit compelling Irish film and television productions which are also based on real events. May these true stories celebrating the indomitability of the human spirit inspire you to greatness in 2015!

Eat the Peach tells the story of motorcycle enthusiasts Vinnie and Arthur who are inspired by the film Roustabout to build a Wall of Death on the outskirts of their small border town. They face the bewilderment of their families and the opposition of the local community in the realisation of their dream. Peter Ormrod based the screenplay on the true story of Longford native Connie Kiernan whose plan to open his Wall of Death as a commercial enterprise failed, despite featuring on RTE in 1979 [1]. The project also fails in Eat the Peach, but the film ends hopefully with an undeterred Vinnie embarking on his next venture, the construction of a helicopter. This scene was based on an actual event recounted by Ormrod, who revisited Connie in 1981. [2] This scene and the film as a whole capture Vinnie’s (and his real-life counterpart Connie’s) assertion of his individuality and his courage in his refusal to be defeated by disappointment. This short animation brings to vivid life the seventh chapter of Brian Keenan’s autobiography An Evil Cradling. It covers the nine months Keenan spent in solitary confinement while being held as a hostage in Beirut from 1986 to 1991. Narrated by the author himself, the film visualises his nightmarish hallucinations and his mind’s descent into madness. Keenan’s ability to triumph over his despair and ultimately over his captivity is expressed in the joyous dance he performs to master the imagined music which has been tormenting him. At a public appearance in Sligo in 2012 Keenan described how one insistent phrase drew his mind back from absolute collapse while in confinement, “ ‘to strive, to search, to seek, to find and not to yield’, was branded on my brain and would not go away.” [3] The protagonist triumphs over his despair and captivity in a joyous dance in From An Evil Cradling.
Copyright Kavaleer Productions 1998.

This poignant documentary traces the 100-year history of Arlington House, a hostel in London which has housed Patrick Kavanagh and George Orwell as well as many generations of Irish emigrants. One of the subjects of the film is Joe McGarry who lived in Arlington House for 25 years. He recounts his time there as an alcoholic who, “worked hard, drank hard, fought hard” [4] and who hid his failure to make his fortune and his eventual homelessness from his family in Antrim. Remarkably, Joe went on not only to conquer his addiction but to become chairman of the Arlington House residents’ association. He subsequently married, moved to Australia and now works in the detox unit of a Sydney hospital. [5] Joanne O’Riordan is one of only seven people in the world who has Tetra Amelia Syndrome, a condition which means she was born without limbs. This documentary by her brother Steven begins with the then 16-year-old Joanne’s speech at the UN in 2012 where she is honoured for the courage and determination she has shown in defying her condition. She appeared on The Late Late Show in 2011 and that same year, during the general election, she persuaded Enda Kenny not to introduce the disability cuts he was proposing. [6] Her brother wants this honest account of Joanne’s daily life as well as her more public achievements to be an inspiration to others, “showing people that anything is possible, irrespective of how you are perceived with your ability.” [7] Joanne O’Riordan makes a speech at the UN in No Limbs, No Limits.
Copyright Steven O’Riordan 2013.

In 2010, radio and television presenter Evelyn O’Rourke’s joy on discovering she was pregnant was tinged by sadness and shock following a cancer diagnosis days later. In 2014 she appeared on The Late Late Show to discuss her extraordinary journey through cancer treatment and the birth of her son Ross to the publication of her memoir in 2014. She describes how, from a point of  debilitating fear, “I don’t know how to do this,” [8] she learned to draw strength from the support of family, friends and hospital staff and to focus on the life of her unborn child, “everything was about survival.” [9] She wrote the memoir Dear Ross to highlight the highs and lows of her journey to others and continues to be a Patient Advocate for cancer research today.