CHILDREN OF MEN (THE BIGGER PICTURE)

Ian Brunswick, Head of Programming at Science Gallery at Trinity College Dublin, will introduce the screening.

Alfonso Cuarón’s prescient dystopian sci-fi depicts London in 2027 as a city on the brink of collapse. Two decades of infertility have thrown the world into chaos as humanity faces possible extinction. Mass immigration into the UK, home to the last functioning government has reached crisis point.

Cynical bureaucrat Theo Faron (Clive Owen) is kidnapped by Julian (Julianne Moore) and her militant group, The Fishes, and coerced into smuggling a mysterious young African refugee to the coast. Celebrated for its depiction of the UK as a police state which deals punitively with refugees, and its immersive single-shot action sequences, Children of Men has never seemed more relevant.

Ian Brunswick, Head of Programming at Science Gallery at Trinity College Dublin, will introduce the screening. 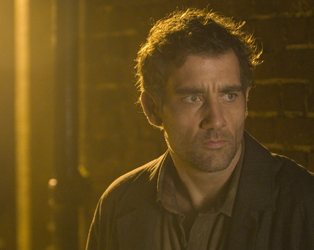