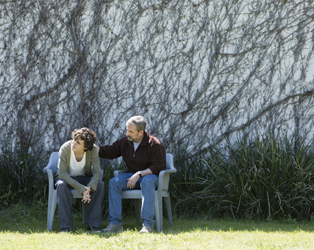 This film was released on Friday 18th January 2019 and is no longer screening.

Nic’s subsequent recoveries and relapses are depicted in non-linear fashion; flashbacks to Nic’s happy childhood juxtaposed with his spiral into addiction. Van Groeningen elicits a raw performance from Carell, with Chalamet playing an uncomprehending addict blinded to how perilous his situation has become.