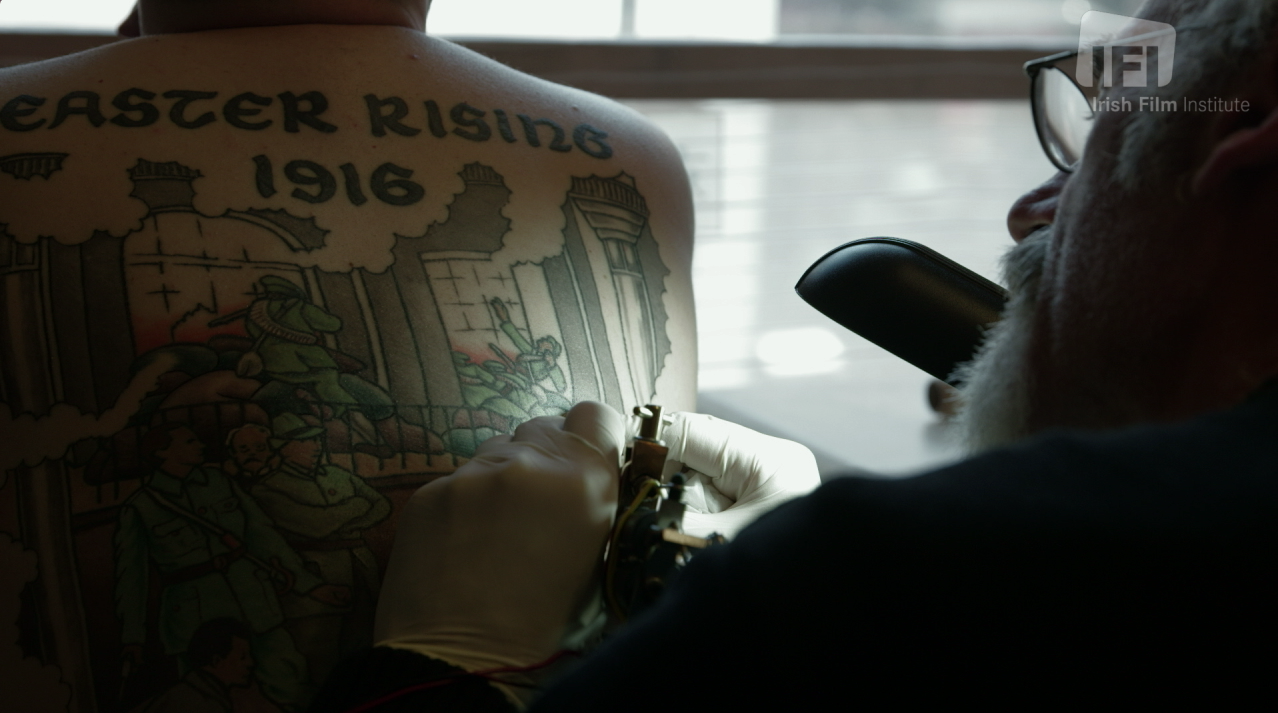 BARING ARMS BY COLM QUINN – THE AFTER ’16 COLLECTION

Baring Arms is one of the nine collected shorts, a documentary which takes a look at the Rising through the tattoo community. It was directed by Colm Quinn (Mattress Men) and he has written a guest post about putting the film together below.

The idea for this film was born when I was working on my previous short doc Needle Exchange, which tells a story of addiction and friendship against the backdrop of a small tattoo community. Many of the tattoos that the film’s protagonists were being asked to do were republican themed or historically motivated. So we decided to put the word out to see if interest in such tattoos was growing ahead of the 2016 Centenary and it became clear that there was a nationwide trend developing. People were getting tattoos of all shapes and sizes, some were portraits of the main protagonists, some were entire battle scenes, others were symbols associated with the struggle itself. 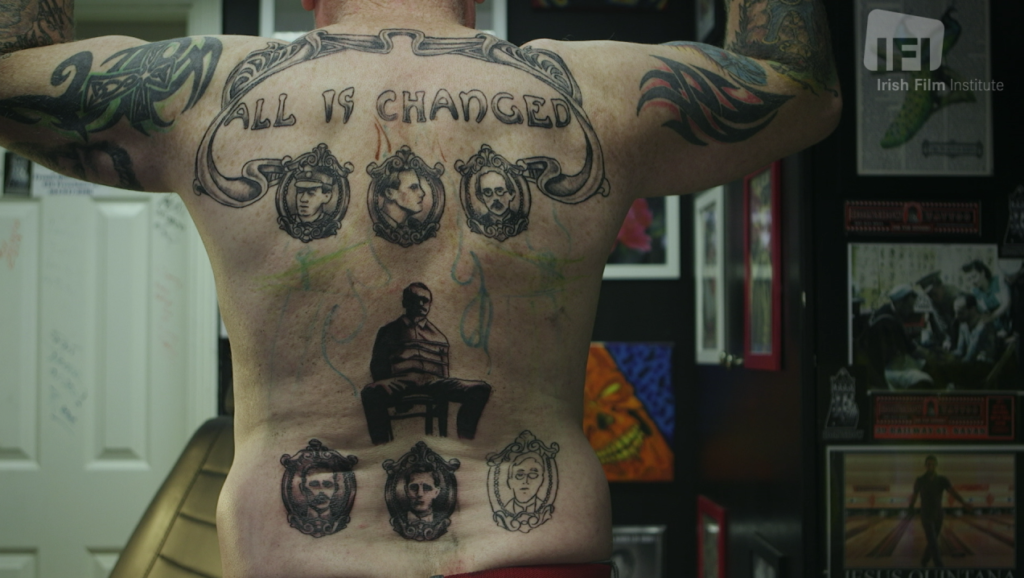 This trend showed how a growing sense of history was being reflected through the now mainstream acceptability of body art. However it was only when we started speaking to those getting these tattoos about the present day struggles they faced in their own lives that a much deeper connection emerged to the permanent visual reminders they were laying down on themselves. They voiced a strong sense of disenchantment toward the present day nation state and how those in power have repeatedly forgotten about society’s most vulnerable. The tattoos represent a hope and idealism that contrasts with the lived experience of reality. The tattoos act as a tribute to the struggles of past, while the film acts as a tribute to the sacrifices of the present.

Watch the full After ’16 Collection, including Baring Arms, on the IFI Player site here.