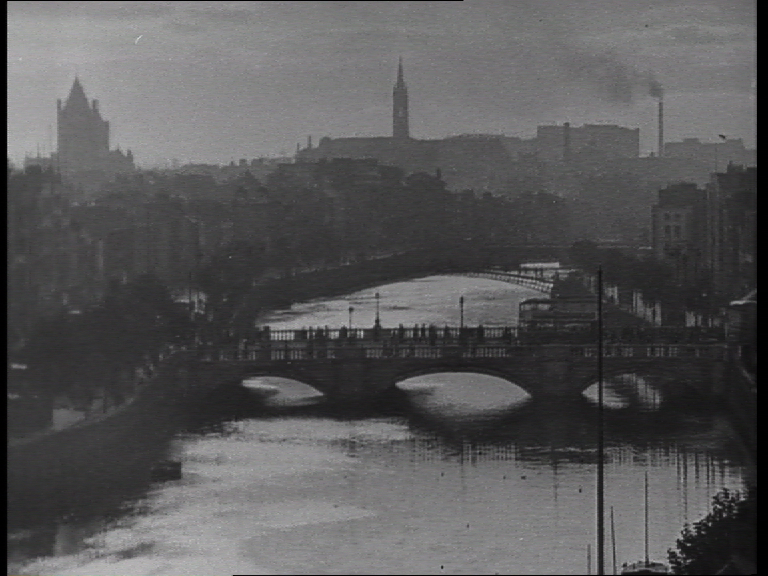 Throughout April, the IFI presents Emergency Echoes as a free double-bill of our Archive at Lunchtime screenings. This includes a series of short films showing Ireland in the time of the Second World War.

Echoland author Joe Joyce attended the first of these screenings on April 1st 2017 and comments here on the connections made between the shorts and his book Echoland – which is the Dublin One City One Book title for the year. 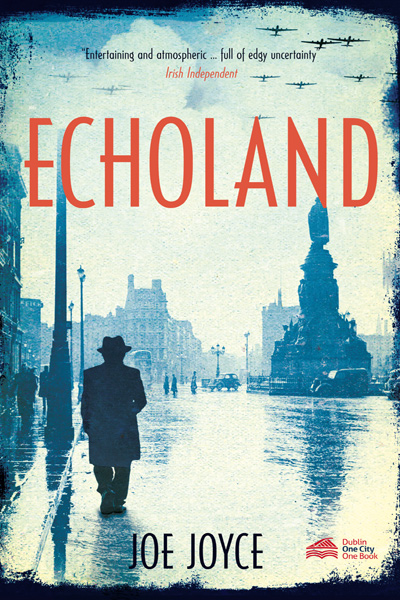 1940 was not a great year to be making a tourism promotional film about anywhere in Europe, even this remote neutral island. People obviously had a lot of more pressing things on their minds, like matters of life and death, than holidays.

Poland had been squeezed to extinction between the German Wehrmacht and the Soviet Union’s Red Army. The phoney war in western Europe was over. The German blitzkrieg had overwhelmed France. The Battle of Britain was raging in the skies over England. Even Ireland had suffered its first direct casualties of the war when a German bomber attacked a creamery at Campile in County Wexford on an August afternoon, killing two young women in its canteen.

You wouldn’t know — or even suspect — any of this from the first of these films, to me the most fascinating of this collection from the IFI archives. Made in 1940 for the Irish Tourist Association it was filmed while these and other seismic events were taking place in the wider world. There is no commentary but unusually enough for the time, it’s in colour. And it’s the colour that I find fascinating.

So many of our images of that period are in black and white, as indeed they are in all these other short films. Black and white tends to distance us from the past and to support our natural tendency to imagine that it was a simpler time. The main reason we think so, of course, is because we know what happened. But the black and white images, at least subliminally, underline the belief that times were simpler – indeed more black and white than the complexities of our own age.

The colour images of this film make the people of 1940 Dublin seem more real to us than say the black and white images of Belfast from the following year. They’re images of normality, of sunny summer days, parks and seasides and so on, all the typical pictures you’d expect from a tourism promotion. 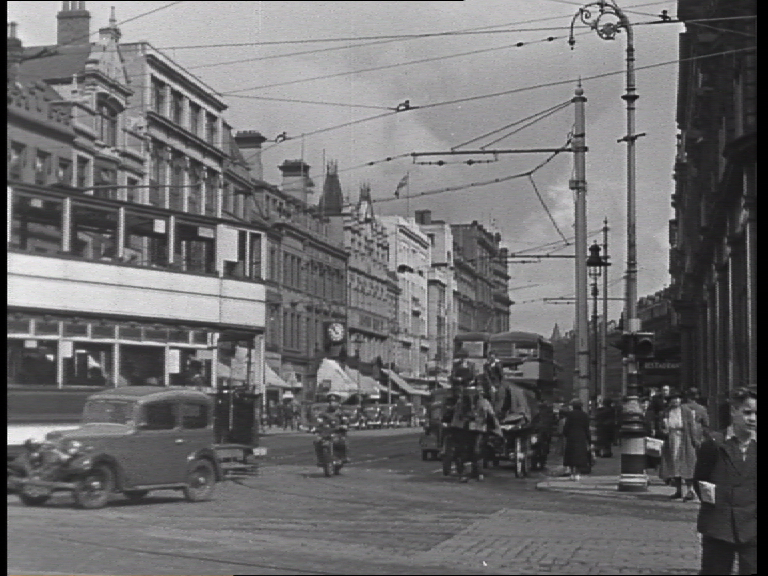 What they don’t show us is what worried those people, their hopes and fears and apprehensions about their own lives and about the war, the country’s future and indeed mankind’s future.

On any sunny day we can now shoot tourism-style video on our phones of people at street cafes, in parks, smoking outside pubs, or whatever. But it won’t show our worries about climate change, about President Trump, about Brexit, about terrorism. Someone viewing it in 50 years time might think casually, that was a simpler age, things were easier in those days. Because, of course, they will know what happened to us. Just as we know that the 1940 fears of a German invasion were groundless, that Ireland’s neutrality did survive against all the odds, and that the good guys won the war.

Nobody thinks they’re living in the past but every generation is living in a future generation’s past.
The task – and the fascination – of writing historical fiction is to put yourself back in time, to imagine how people thought, to understand their hopes and fears, their way of looking at the world. Films like The March of Time newsreel in this collection are a great help in doing that as it spells out through an unknown Irish commentator the attitudes and aspirations of the newly independent state.

Made in 1945 at the end of the war, it also provides a visual contrast with the 1940 film and not just because it’s in black and white. There are fewer cars on the streets of Dublin. And there is a fleeting glimpse of an air raid shelter in O’Connell street — used more often as a toilet than what it was intended for. It’s a crude concrete structure in the centre of the street seeming to prop up a line of parked bicycles just north of the Abbey street junction.

All of the films show us much more than the messages they are promoting. For the historical fiction writer they’re a treasure trove of useful information. The streetscapes, the fashions, the traffic, the buses, the trams, the ads on them and for Players cigarettes and Bendigo tobacco at O’Connell bridge are all a huge help in trying to recreate that period.

But perhaps the most surprising thing you will notice is that the sun always shone and there wasn’t a drop of rain in Ireland in the 1940s. Which confirms another of our casual beliefs about the past. Climate change, it seems, has happened without our even noticing.

I hope you find these films as interesting as I do.

Our Archive at Lunchtime screenings take place on Mondays and Thursdays, with a double-bill on Saturdays. Tickets are free and can be collected from the Box Office at any time. For more information, click here.