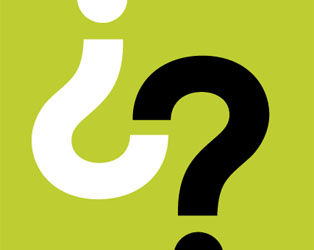 Vote for the film you want to see on IFI Open Day!

Join us for our annual IFI Open Day on Saturday, July 2nd to celebrate all that the IFI has to offer with a day of FREE previews, classics, Irish and international films, and activities including tours of our projection booth!

A highlight of IFI Open Day is the Audience Choice when we bring back a film voted by YOU to the big screen once more! All you have to do is vote for your favourite in our top ten listing below (short-listed from IFI Staff picks, where 38 films were nominated from a possible 151) and the winning film will screen for free at 20.15 on Saturday, July 2nd. Visit the IFI Open Day page to find details of how to get your free tickets!

“In a school for deaf teenagers, communication takes place solely through sign language. Without the aid of dialogue or subtitles, the audience is not privy to their conversations. What might sound daunting, a purely visual narrative in which cues must be taken from facial expressions and body language, is in fact a remarkable and accessible film that acts as a reminder of the possibilities and power of cinema” – Kevin Coyne, IFI Cinema Programmer.

2. Me and Earl and the Dying Girl

“This film took me a bit by surprise. I went in not knowing much about it and, judging solely from the poster, fully expected to while away the next hour and a half in the company of the predicable love struck teens of American high school dramas. Me and Earl and The Dying Girl offered much more. At times sweet, at times hilarious (film buffs will enjoy the re-imagined movie titles made throughout!), this film packed an emotional punch that left myself and my friends a little glassy eyed!” – Eoin O’Donohoe, IFI Digital Collections Assistant.

“With Timbuktu, Abderrahmane Sissako offers a graceful portrayal of people struggling to live under occupation by IS militants that is not only heartfelt and beautiful to watch but also brave in its study of the victim-hood of the oppressors themselves. I found Timbuktu to be a stirring and compassionate film that is sadly becoming more and more relevant since its recent release.” – Richard Fallon, IFI Education Officer.

“Andrew Haigh’s 45 Years offers us a brilliantly understated and soul-stirring portrait of marital disharmony, featuring two of the finest on-screen performances of the past year from Charlotte Rampling and Tom Courtenay. This is an exquisite and powerful film that will leave you reeling. Vote for 45 Years and bring it back to the big screen one more time!” – John Cronin, IFI Finance Assistant.

“In Yorgus Lanthimos’ dystopian science fiction romantic comedy The Lobster explores a crazy surreal world of mandatory coupling where being single is illegal. Hotel guests have 45 days to find love or be turned into an animal of their choice and banished to the woods. From the bizarre foundations of relationships, to the sacrifices people make to their own individual identities for a shared one as a couple, The Lobster is an original, funny laugh out loud parable on love and loss, proving there is no exact science to finding the right person and we all want from love.”– Deirdre Dolan, IFI Finance and Administration Officer.

“Son of Saul, from first-time feature director Laszlo Nemes, is a stunning, devastating and deeply moving film set in the Auschwitz II-Birkenau death camp in 1944.  Winner of the Oscar for Best Foreign Language Film and the Grand Prix award at Cannes, this has to be one of the most affecting films I have seen in the last year. The camera stays in a tight close-up almost throughout on Geza Rohrig, the magnificent Hungarian actor in the central role, while the horrendous reality of everything else – bodies, uniforms, vehicles, muzzle flashes – is glimpsed at the edges, often out of focus. If you didn’t see it on its original release, this could be the perfect opportunity to see this modern masterpiece on the big screen.” – Ross Keane, IFI Director.

“Rooney Mara and Cate Blanchett are magnetically drawn to each other from two very different lifestyles in 1950s New York. This is a love story rarely, if ever, told in popular culture. Shot on Super 16mm, it is visually rich and detailed, at times gritty and always atmospheric. It’s this atmosphere that Carol creates that lingers in the mind long after leaving the cinema.” – Soracha Pelan O’Treasaigh, IFI International Coordinator.

“Aleksei German’s final and most monumental achievement was not only the greatest film of 2015, but is one of the greatest science-fiction films of all time. People don’t make films like this anymore simply because they can’t”. – Dean Kavanagh, Irish Film Programming Assistant.

“Ana Lily Amirpour’s Iranian vampire love story is a stunning and evocative tale told in a distinctive, moody style with flourishes of brilliance in its gorgeous monochrome cinematography. With feminist undertones and a killer soundtrack, it’s an exhilarating and unmissable gothic treat. Expect to be entirely seduced.” – Deirdre O’Reilly, IFI Press and Marketing Manager.

“Lenny Abrahamsson’s best by yet, Room is an incredible film and definitely one of my all time favourites. Although it deals with dark themes of kidnapping and abuse, the story is beautifully woven together with outstanding acting, stunning cinematography and a positively emotive soundtrack, which somehow manages to leave the audience feeling quite optimistic.” – Sarah Corcoran, Box Office.

POLL IS CLOSED. The winning title is Me, Earl and the Dying Girl.

Visit the IFI Open Day page to find details of the full day’s programme and how to get your free tickets!