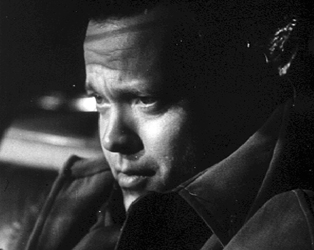 The Eyes of Orson Welles opens at the IFI on Friday 17th.

Orson Welles made his theatrical debut on the Gate Theatre state in 1930 at the age of 16 and so began a life-long friendship with the Gate’s founder Hilton Edwards and Micheál Mac Liammóir (both of whom he cast in his 1952 version of Othello).

Introduced by a bemused Orson Welles (on a break from filming Othello), this story, set in the foothills of the Dublin Mountains, tells of a man’s encounter with an ethereal young woman and her mother.