Join us for free films on Mondays, Wednesdays and Saturdays from collections at the IFI Irish Film Archive. Simply collect tickets at the IFI Box Office. Check www.ifi.ie for more information.

During her fifth-grade summer break, Hana (Kim Na-Yeon) befriends two younger girls, Yoo-Mi A short but full-blown Hollywood drama where the people of Tara, all druids and non-believers, are pitted against St. Patrick and his followers when he lights a fir on the hill of Tara. The film ends with a lengthy address to camera by Rosary Crusader, Mayo-born Fr. Patrick Peyton.

A meticulous record of the Patrician Year 1961, a year of religious celebration loosely marking 1,500 years of devotion to St. Patrick in Ireland. The film features the visit of Papal Legate Cardinal Gregorio Pietro Agagianian to Ireland where he is greeted by President Éamon de Valera, Taoiseach Seán Lemass and Archbishop John Charles McQuaid. He travels to Maynooth, Cork City, Thurles, and Dublin city, including suburbs Whitehall, Kimmage, Ringsend and Blackrock. 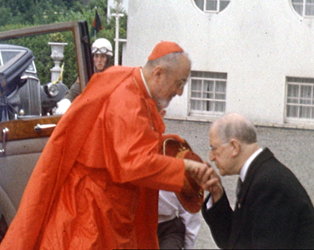