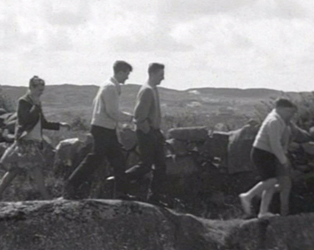 Coranna
A young boy and his horse race to save their parish from the scourge of famine.
Director: Steve Woods / 9 mins, Ireland, 2017

An Ranger
A British Army soldier returns home to Conamara in 1854 to find his family have all perished.
Director: PJ Dillon / 10 mins, Ireland, 2008

On Saturday 24th, Dr Tony Tracy NUIG will introduce a selection of films from the programme. This programme coincides with the Coming Home: Art and the Great Hunger exhibition at Dublin Castle from March 8th.