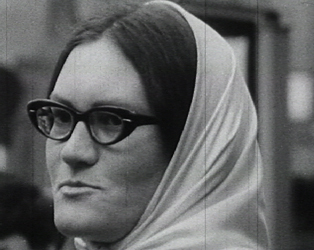 PROGRAMME TWO
FOR LOVE AND MONEY
An investigation into the rising cost of getting married in Ireland in 1968. The film follows a young couple from engagement to the departure for their honeymoon as they run up a staggering bill of £470.
FILM INFO: 25 mins, Ireland, 1968, Digital