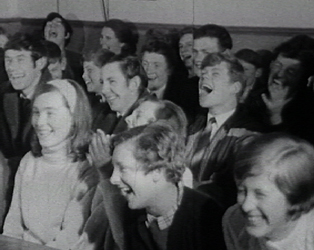 THE NEW MATCHMAKERS
This film shows the efforts made by rural priests to increase low marriage rates through the establishment of dating agencies around the country. Best dating preparation and conduct is taught at an etiquette class for young farmers.
FILM INFO: 25 mins, Ireland, 1969, Digital