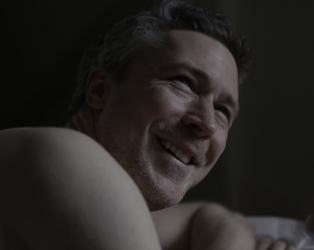 It’s that time of the year again when the Audi Dublin International Film Festival rolls into town.

In 2017, the festival will run from the 16th to the 26th of February and will welcome a host of Irish and international titles and talent over 10 days of total cinema.

This year also marks the continuation of the successful partnership between ADIFF and the Irish Film Institute, with four films to be screened at the IFI in February, including two premieres.

Up first on Saturday the 18th of February is Amanda Coogan: Long Now. This documentary explores the unique durational art of Coogan with her six week exhibition at the RHA Gallery in Dublin. With gruelling six hour performances, five days a week, it’s a startling insight into the art of live performance. Filmmakers will attend this screening at 12.00 at the IFI. Tickets on sale now.

Also on Sunday the 18th is Pickups, a new film featuring Game of Thrones star Aiden Gillen, which marks his third collaboration with British director Jamie Thraves after The Low Down in 2000 and Treacle Jr. in 2010. Gillen plays an actor who works too much and has serious back problems and insomnia. Plus one of his fans might just be stalking him. Gillen and Thraves are attending this screening and you can buy tickets now.

2017 also sees the return of the Reel Arts strand. This Arts Council scheme is designed to give a voice to unique artist so they can share their vision with the world.

One hugely impressive Irish filmmaking talent is Ken Wardop (His & Hers, Mom and Me) and he returns with a new documentary called The Piano Lesson. This intimate film takes the keyboard examinations as its focus, using that stressful moment to dig deep beneath the surface of its subjects. Expect this to get surprisingly emotional. Screening at 6.30pm on Monday the 20th of February at the IFI. Tickets from ADIFF.ie.

Also in Reel Arts is Photo City from James Murphy and Traolach Ó Murchú. It’s all about the city of Rochester in New York state – the former home of photographic film manufacturers Kodak. In the digital age, these filmmakers pursue a contemporary portrait of a place defined by its past and reaching towards the future. The directors will attend this screening, and you can get tickets over at ADIFF.ie.

The Audi Dublin International Film Festival runs from the 16th to the 26th of February 2017.