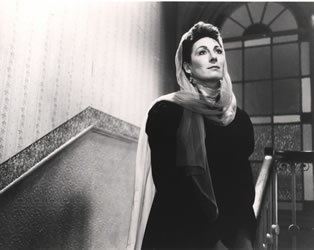 The IFI Seeks to appoint an International EU Presidency Coordinator.

Purpose of job:  To coordinate Irish film programmes taking place in Ireland and throughout Europe during Ireland’s Presidency of EU January – June 2013.

Cultural Exhibitors in Europe and Ireland

The EU Presidency coordinator will be take primary responsibility for administration and delivery of a series of Irish film programmes taking place throughout Europe between January and June 2013 and also for coordination & distribution of a programme of Europe-related films throughout Ireland during the same period.

The Irish film programmes will be presented in association with cultural collaborators in Brussels, Paris, Berlin, Madrid, London and elsewhere and will include contemporary programmes and programmes of silent film with live musical accompaniment. The programmes are supported by Culture Ireland.

An Ireland & Europe-themed film programme will be distributed to cultural exhibitors, arts centres and educational groups around Ireland for the 6 month Presidency period.

Working closely with the IFI Curator and IFI International Coordinator within the Irish Film Programming Department, the role involves:

The successful candidate will be highly motivated with outstanding inter-personal and organisational skills. They will be capable of dealing efficiently and diplomatically with a range of Irish and international partners. They will be capable of working in a high-pressure environment and meeting tight dead-lines. They will have excellent communication skills both written and verbal. Experience with budget management is desirable. Candidate  will be flexible and will be able to work as part of a small team, to take direction and to carry out tasks using their initiative to meet pre-determined targets.

Experience in project management is desirable.

All applications should be made by email – Subject line IFI EU Presidency Position,with a covering letter and curriculum vitae to jobs@irishfilm.ie by 12.00pm Monday 7th January 2013. Applications received after this deadline will not be considered.