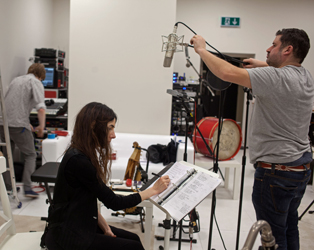 This film was released on Friday 22nd November 2019 and is no longer screening.

Award-winning photographer Seamus Murphy chronicles the inspiration, writing and recording of an album by writer-composer PJ Harvey in a breathtaking work that is as creative as the process it documents. Travelling together on some of his worldwide reporting trips to Afghanistan, Kosovo, and Washington DC, Harvey collects words, Murphy collects images. His camera captures vast and varied cinematic landscapes and intimate encounters between Harvey and local musicians, showing her fascination with a range of musical traditions, and the humanity at the heart of her work. The words become poems and songs, then an album, The Hope Six Demolition Project, recorded as a live sound-sculpture in London’s Somerset House, where the public are invited to witness, from behind one-way glass, Harvey and her band creating the album.

The film provides a compelling portrait of this enigmatic artist’s creative process.