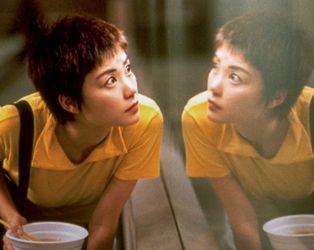 THE WORLD OF WONG KAR WAI AT THE IFI ANNOUNCED

Details announced of a special season at the IFI

The World of Wong Kar Wai

8 of his extraordinary newly-restored films to be screened

With his sensual visuals, atmospheric soundtracks, and soulful romanticism, Wong Kar Wai has established himself as one of the defining auteurs of contemporary cinema; filled with passion, heartbreak, obsession, and the memories left in their wake, his films are internationally celebrated for their unique style.

The Irish Film Institute is delighted to announce details of a retrospective season of films to celebrate Wong Kar Wai’s work. The World of War Kai will see 8 films screened across the next month, starting on Saturday, February 4th with As Tears Go By and finishing on February 26th with the Director’s cut of The Hand.

Selected posters for the titles can be downloaded HERE.

Whether tragically romantic, action-packed, or quirkily comedic, the films in this retrospective, newly restored and presented on 4K Digital, are an invitation into the unique and wistful world of a deeply influential artist.

Tickets are on sale now from ifi.ie.

In 1988, after several years as a jobbing screenwriter, Wong Kar Wai helmed his first feature, As Tears Go By, a mob drama in the vein of Scorsese’s Mean Streets that proved a critical and commercial success in Hong Kong, though he would not achieve international acclaim until the release of 1994’s Chungking Express, made during a hiatus in postproduction on Days of Being Wild (1990), his second feature. Wong capitalised on the recognition with the stylish, ultra-cool Fallen Angels (1995), and the searingly romantic Happy Together (1997) before making In the Mood for Love (2000), perhaps his most beloved work, which was recently voted fifth best film of all time in Sight & Sound’s decennial poll of critics, programmers, and filmmakers.

Joined by key collaborators such as cinematographer Christopher Doyle, and actors Tony Leung and Maggie Cheung, Wong has enraptured audiences and inspired countless other filmmakers with his movies’ poetic moods, narrative and stylistic daring, and potent themes of alienation and memory.

The season will feature the following titles:

DAYS OF BEING WILD – A ravishing, existential journey through the Hong Kong of the 1960s in which a band of wayward twenty-somethings, pull together and push apart in a cycle of frustrated desire. Sunday, February 5th (15.30)

HAPPY TOGETHER – An emotionally raw portrait of a relationship in freefall as a couple travelling through Argentina are locked in a cycle of infatuation and destructive jealousy as they break up, make up, and fall apart again. Setting out to depict the dynamics of a queer relationship with empathy and complexity on the cusp of the 1997 handover of Hong Kong. Saturday, February 18th (15.30)

IN THE MOOD FOR LOVE – Chow Mo-wan and Su Li-zhen move into neighbouring apartments on the same day. Their encounters are formal and polite – until a discovery about their spouses creates an intimate bond between them. A masterful evocation of romantic longing and fleeting moments. Sunday, February 19th (15.30)

2046 – Wong Kar Wai’s loose sequel to In the Mood for Love combines that film’s languorous air of romantic longing with a dizzying time-hopping structure with some surprising detours into science fiction territory. Saturday, February 25th February (18.00)

THE HAND (DIRECTOR’S CUT) – A hypnotic tale of obsession, repression, and class divisions, The Hand finds Wong Kar Wai continuing to transition from the frenetic, energised style of his earlier films into a register that is lush with romantic grandeur. Sunday, February 26th (15.30)