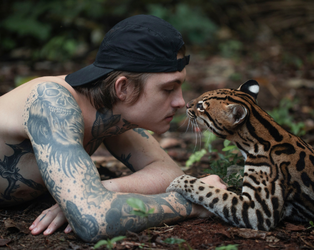 REVIEW ROUND-UP: CORSAGE, THE QUEEN OF SPADES AND WILDCAT

This week’s titles at the Irish Film Institute from Friday, 23rd December 2022 include Corsage, The Queen of Spades and Wildcat. Read on for a selection of reviews or pop in to make up your own mind!

“Vicky Krieps puts in a star turn as lonely, patronised Elizabeth of Austria in Marie Kreutzer’s austere drama.” 4/5 – The Guardian

“Vicky Krieps crackles as an empress on the edge.” – The Financial Times

“As the Austrian Empress Elisabeth, the Phantom Thread star’s loaded gaze is the secret weapon of this icily inventive retelling.” 4/5 – The Telegraph

“The most surprising, funny and compelling period drama since The Favourite.” 4/5 – Empire

“Kreutzer’s costume-drama is an invigorating take on the period piece, a vibrant film that rejects the staid conformity of the genre and finds its intimate angles.” – Little White Lies

“A Superb Vicky Krieps Gives the Empress New Clothes in a Brilliant Reclamation of the ‘Sissi’ Legend.” – Variety

“This boldly restive biopic imagines Sissi as a deeply restless soul chafing against the social limitations of her day.” 3/4 – Slant Magazine

THE QUEEN OF SPADES

“An exhilarating classic.” 5/5 – The Guardian

“A singular exercise in macabre …It returns at a time of the year when ghost stories are particularly cherished. It deserves to become a regular seasonal indulgence.” 5/5 – The Irish Times

“A Wildlife Doc Full of Human Feeling.” – The Hollywood Reporter

“An Afghan War vet confronts his PTSD with the help of an ocelot kitten in Melissa Lesh and Trevor Frost’s moving documentary.” A- – AV Club