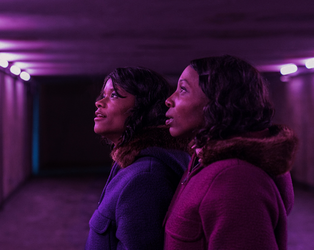 The IFI is delighted to announce details of Kinopolis, a four-day celebration of new Polish cinema. Returning this year after a forced hiatus due to Covid-19 restrictions, the festival finds the industry in a state of rude health, despite the obstacles recently faced, and features some of its most distinctive voices, from Kamil Krawczycki’s sensitive debut to the idiosyncratic Agnieszka Smoczyńska, to elder statesmen Wojtek Smarzowski and Jerzy Skolimowski, both still making fierce work reflective of its time. We are proud to present this year’s programme, and to welcome back audiences to this festival honouring one of Europe’s finest national cinemas.

Tickets are on sale now from www.ifi.ie/kinopolis for the following films:

The IFI would like to offer its sincere gratitude to Nikola Sękowska-Moroney, Cultural Affairs Coordinator of the Embassy of Poland in Dublin, for her invaluable assistance. The team would also like to thank the Pomeranian Film Foundation for its assistance.

The festival is presented in partnership with the Embassy of Poland in Dublin and Tracey Solicitors.

Discover the programme in more detail:

The first English-language feature from eclectic director Agnieszka Smoczyńska, The Silent Twins is a biopic of Welsh twins June (Letitia Wright) and Jennifer (Tamara Lawrance) Gibbons. As members of the only black family in their area, the girls were severely bullied and ostracised as children, becoming more and more withdrawn to the point where they refused to speak to practically anyone but each other. However, the two had rich inner lives, expressing themselves through reams of imaginative composition. As their behaviour turned to the dangerous, the two were forced to confront the world they had shunned in this tender and sad film.

Bartek (Jan Hrynkiewicz) is a young man living and working on a small farm in rural Poland, with family obligations to his alcoholic mother and pregnant sister. His small, quiet life is upturned by the return of his neighbour’s prodigal son Dawid (Paweł Tomaszewski). Bringing with him experience of the wider world, the elder Dawid becomes first Bartek’s friend, then his lover. The very suspicion of a relationship between the two causes serious difficulties and violent confrontations in an area rife with bigotry and discrimination, leading Bartek to make some life-changing decisions in this simply but beautifully told love story.

With shades of Ruben Östlund filtered through a biting humour entirely its own, the new film from Anna Kazejak, whose The Word (2014) opened a previous edition of Kinopolis, sees tense, underappreciated Maja (Agnieszka Grochowska, excellent) and borderline oblivious husband Hubert (Maciej Stuhr) bring their children on the holiday they take with old friend Dawid (Grzegorz Damięcki). Dawid is accompanied by his own child from a recently ended marriage, and new girlfriend Nina (Jasmina Polak). An incident involving the children leads to the exposure of fault lines in various relationships and between the sexes in this caustic and insightful black comedy.

ON THE SILVER GLOBE

As with other examples of his work (such as 1981’s Possession), Andrzej Żuławski’s sci-fi epic, surrealistic, allegorical, rich in symbolism, baffling and beguiling in equal measure, makes for a unique viewing experience. Based on a novel by his great-uncle, it sees a trio of astronauts the only survivors of a crash on a distant planet where they begin a new offshoot of the human race. A lone colleague sent to investigate is promptly declared a messiah who will lead the humans to victory over the planet’s natives. The film’s production is a tale of its own, as depicted in Kuba Mikurda’s Escape To The Silver Globe, screening December 11th.

One of the best directors in contemporary European cinema, Wojtek Smarzowski frequently and mercilessly examines the darker side of Polish society and institutions. While films such as Kler (2018) feature a strong vein of pitch black comedy, others such as Wołyń (2016) are uncompromising and unflinching in their approach to troubling subject matter. Somewhere between the two is The Wedding Day (not to be confused with his 2004 debut feature of the same name), in which parallel stories of a venal family’s wedding celebration and the xenophobic history of their village are mixed to provocative and astonishing effect.

ESCAPE TO THE SILVER GLOBE

Andrzej Żuławski left Poland for France after the government banning of his second film, The Devil (1972). However, such was his success abroad that he was invited home and given a free hand in choosing his next project, which turned out to be On The Silver Globe. Żuławski spent two years of his life indulging in some extreme perfectionism trying to bring the massively ambitious production to fruition only for the authorities to once again see him in an unfavourable light and shut down production, leaving the film unfinished for a decade. Kuba Mikurda’s insightful documentary brings these troubled times to fascinating life.

Perhaps taking its cue from Elem Klimov’s Come And See (1985), the powerful Young Eagles depicts the changing lives of three Polish children following the invasion of their country by the Red Army in September, 1939. Seduced by the glamour of defending their homeland and repelling the invaders, and also in the hopes that their dedication to the cause will impress Ewelina (Almira Nawrot), the object of their affections, Leoś (Feliks Matecki) and Tadek (Wit Czernecki) are instead faced with the atrocities common to war, even becoming complicit to varying degrees without fully understanding the dreadful consequences of their actions.

Taking as its inspiration Robert Bresson’s Au Hasard Balthazar (1966), the latest film from Jerzy Skolimowski, one of the titans of Polish cinema, follows the trials and tribulations of a donkey as it moves from owner to owner, subject to the whims and vagaries of human behaviour, all of which the beast endures with a dignified stoicism. Under Skolimowski’s artful direction, the donkey’s passage offers space for commentary and reflection on a range of social and environmental issues. Brave and unusual, with an unexpected

IFI is principally funded by the Arts Council. Kinopolis is supported by the Embassy of Poland in Dublin.