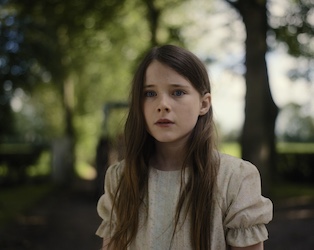 October 4th 2022: The Irish Film Institute today launches its comprehensive 2022/2023 Schools Programme with highlights for the school year including Irish language film An Cailín Ciúin, curriculum-linked films such as The Tragedy of Macbeth, brand new films to support French, German and Spanish and streaming bundles on IFI@Schools. With Drama, Film and Theatre Studies set to join the Leaving Cert curriculum, there has never been a better time to bring film into the classroom, and to bring classes into the cinema for cultural experience and intellectual development.

IFI Education are delighted to once again present a hybrid offering, with Primary, Junior Cycle, TY and Senior Cycle films screening in-cinema at the IFI, at touring venues and festivals across the country, and online on IFI@Schools, where streaming passes and bundles are available for teachers to purchase and stream high quality film into the classroom.

Modern Foreign Language films screening at the IFI include the French language My Brothers and I about a 14-year-old boy growing up in a housing project in the South of France and King, following siblings Inés and Alex who find a trafficked lion cub who escapes from an airport. German language titles include The Path, a tense trek through the Pyrenees mountains as two children and a dog flee Nazi pursuit, and Chasing the Line, the remarkable story of Austrian skier Franz Klammer at the 1976 Winter Olympics. Spanish selections include Delfín, about a young boy who dreams of playing the French horn, and the 2015-set Mediterraneo: The Law of the Sea, which follows the brave rescue of refugees in the Greek sea during the Syrian Refugee Crisis.

Relevant to Senior Cycle/ TY studies of History, Neil Jordans’s Michael Collins screens in December and can be paired with a trip to the National Museum of Ireland to see the ‘Studio & State’ exhibition. For Junior Cycle Geography, the documentary River, narrated by Willem Dafoe, follows the course of the world’s rivers. Select Geography, History and Business titles are available on IFI@Schools, including Irish films A Turning Tide in the Life of Man and The Pipe.

Depicting sport on screen, pairing with the subject of PE, Oslo-set Kids Cup and female-focused Girls Can’t Surf screen in November and January respectively, with sports-centred films displaying personal struggle and national pressure such as Katie and Olga streaming online.

For Music, in collaboration with the Irish National Opera, there is a special screening of Alice’s Adventures Under Ground paired with a singing workshop and Q&A, with special guest composer Gerald Barry. For Art, The Square encourages viewers to examine gallery space in a cultural, artistic and political context, and can be followed by a visit to the Irish Museum of Modern Art (IMMA).

Transition Year films screening at the IFI include Irish films with special guests, such as You Are Not My Mother with Hazel Doupe and Kate Dolan, and To the Moon with Tadhg O’Sullivan. Further stimulating titles include C’mon C’mon, The Green Knight starring Dev Patel, and Lena Dunham’s Catherine Called Birdy. Box Office hit Everything Everywhere All At Once and Tasmania-set Nitram are also on offer.

Primary schools can view Railway Children Return, Where is Anne Frank, The Velvet Queen, all included in this year’s in-cinema programme, as well as more titles online on IFI@Schools.

Media Literacy features in the programme, through a partnership with BAI. To mark Safer Internet Day, Off the Rails screens in-cinema, following teens who go viral on social media after performing risky parkour tricks, and a streaming bundle encompassing Sweat and Trust Me comes to IFI@Schools.

With the support of COGG and in association with Break Out Pictures, Seachtain na Gailge 2023 sees the celebration of recent Irish language success in the An Cailín Ciúin Project, with screenings in-cinema, online, and a detailed study guide for classroom work. Regular screenings of An Cailín Ciúin begin this week, Thursday 6th, Tuesday 11th and Wednesday 12th.

In association with Screen Ireland, a year-long series of Careers events will take place in-cinema and online across 2022 and 2023, partnering with Dublin International Film Festival on Careers in Screen Day, March 1st 2023.