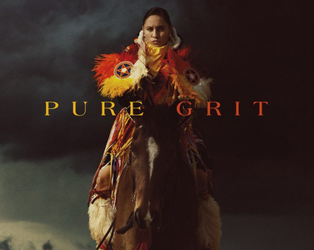 This week’s new titles at the Irish Film Institute from Friday, 30th  September  2022 include Flux Gourmet and Pure Grit .Read on for a selection of reviews or pop in to make up your own mind!

“None more queasy. None more strange. None more alienating.” 4/5 – The Irish Times

“A knowingly pretentious and frequently funny exploration of the creative process from a filmmaker who sees the world like no-one else.” 4/5 – The Scotsman

“There are plenty of filmmakers who do weird for the sake of it, but Strickland has the knack of making the strangeness look and sound so beautiful.” 4/5 – Stardust Magazine

“Few non-fiction films released this year have done a better job of encapsulating their protagonist. Few have so rigorously opened up a hidden world.” 4/5 – The Irish Times

“Pure Grit is not just a factual, informative documentary but a story that delves deep into the life of its subject, Sharmaine Weed.” Film Threat