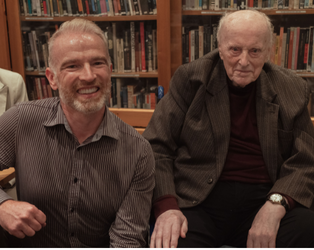 As part of National Heritage Week celebrations, on Monday 15th August, the Irish Film Institute screened Saoirse? and were delighted and honoured to welcome the director George Morrison, now in his 100th year.

Saoirse? depicts the brutality of the years from 1919-1922, focusing on the events which led to the signing of The Treaty, and the consequential disharmony, provoking the conflict of the Civil War. A timely subject due to the centenary of this time in Irish History, Saoirse? is also remarkable in it’s technical achievement as it consists of salvaged fragile nitrate film material which if not used would have disintegrated, eliminating the cinematic opportunity to create such a vivid portrayal of pre-Independence Ireland.

Speaking at the event on Monday night, IFI Director/ CEO Ross Keane said, ‘In recent years, IFI Archive staff have worked closely with George in assessing the condition of his film collection. We have been privileged to take vast quantities of his collection into the Archive for safe-keeping and worked with George to prepare fragile nitrate elements for transfer to specialist vaults in the UK.We are honoured to be entrusted with the life work of this extraordinary filmmaker and archivist. We are indebted to George Morrison for his pioneering conservation of Irish history on film and we salute him for his invaluable contribution to Irish cinema history.’

Head of Irish Film Programming at the IFI, Sunniva O’Flynn expressed that, ‘Saoirse? looked and sounded as good as it would have done when it was released 61 years ago in 1961 – thanks to the painstaking restoration undertaken by Archive colleagues. And what an honour to welcome George Morrison, who looked and sounded pretty amazing himself – full of his signature joie de vivre, and basking in the warmth of an audience that were so pleased to congratulate him on a long life, well-lived. He spoke of his pleasure at the screening of Saoirse?, a film that is more complex, less hopeful, but no less important than Mise Éire by which it has been overshadowed for too long.’

After the event, Keane noted ‘This has been a very special and moving event, honouring George and his amazing legacy and contribution to Irish cinema and culture. We are proud to have celebrated George’s 100th birthday at the IFI, and to see him surrounded by friends in the industry and many admirers of his wonderful work.’

Supported by the Heritage Council under the Community Heritage Grant Scheme 2022. 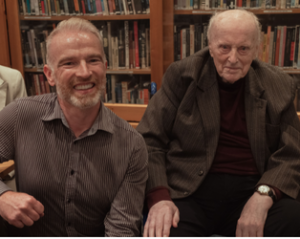 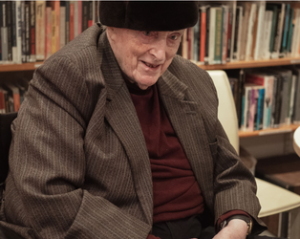 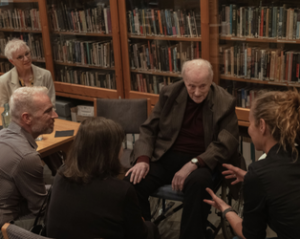