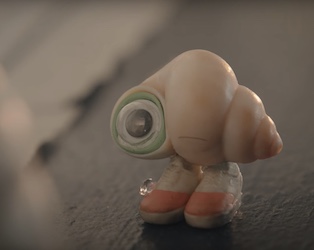 August 2nd 2022: The Irish Film Institute (IFI) is delighted to announce the IFI Family Festival 2022, this year running in-cinema from Friday, August 26th to Sunday, August 28th. This year’s festival includes a mix of short and feature films from across the globe, from India to Croatia. Screenings throughout focus on wonder, the animal kingdom and the natural environment. Tickets are on sale now from www.ifi.ie/familyfest.

The festival opens on Friday 26th with beautiful stop motion feature Oink, suitable for those aged 8+ and directed by Mascha Halberstad, in which Oink the pig becomes the pet of nine-year-old Babs, whose grandfather is controversially involved with the Society for Meat Products from Fresh Pigs. Before the opening film, IFI Education will host a pig-themed event in the IFI Foyer from 17.30, with porcine fun and games, art activities with artist Mags Harnett, veggie treats and stories. The opening event will feature RTÉ Home School Hub presenters, Ray Cuddihy and Emer O’Neill.

Speaking about this year’s festival, IFI’s Head of Education Alicia McGivern said, ‘Join us for our annual weekend of family friendly international films. From laughing at piglet-induced mayhem, to the thrill of early Miyazaki work, to a boy falling for the magic of cinema, our programme has something for all young cinema fans. Unleash your hidden Oink over our last summer weekend.’

Screening on Saturday 27th are the popular short film programmes – Short Tales 1 at 11.00 features a variety of live action and animated shorts suitable for children aged 4+, including Croatian short Tonka Will Do It Tomorrow, while Short Tales 2 at 13.00 allows children aged 8+ to dive into music, colour and fantasy, featuring titles such as Louis I, King of the Sheep.

German live action adaptation Laura’s Star, directed by Joya Thome, screens on Saturday 27th at 15.30. Adapted from a book by Klaus Baumgart, and aimed for children aged 6+, it tells the tale of Laura who befriends a fallen star after moving to a new city.

Pan Nalin’s heartfelt drama Last Film Show, suitable for audiences age 10 and up, screening on Saturday 27th at 18.00, follows a mischievous nine-year-old boy’s 35mm film dreams and his friendship with a projectionist.

Screening on Sunday 28th are Panda! Go, Panda! and Rainy Day Circus, a Takahata-Miyazaki double-bill. Directed by Isao Takahata and based on concepts by Hayao Miyazaki, these restored animations feature the adventures of Mimiko and her pals, Panny Panda and his father, Pananda. Brightly coloured, fun and charming, these are rarely-screened early career classics from the animation giants who went on to found Studio Ghibli.

Artist Amy Louise O’Callaghan will facilitate a workshop in the IFI Foyer before the Panda! Go, Panda! double-bill, where audiences can create their own animated moving toys (materials included). Panda! Go, Panda!, Rainy Day Circus and the artist workshop are suitable for children aged 4+.

On Sunday at 13.30, creator and director of RTÉ Jr TV series Tales from Dún Draíochta, Trevor Courtney, alongside puppeteer Ciara and composer Paul, go behind the scenes of this mythical animation; suitable for children aged 8+.

Closing the festival on Sunday 28th at 16.00 is Marcel the Shell with Shoes On, also for those 8+, a mockumentary which follows a one-inch shell who lives with his grandmother Connie and their pet lint, Alan, isolated from what was once a thriving community.