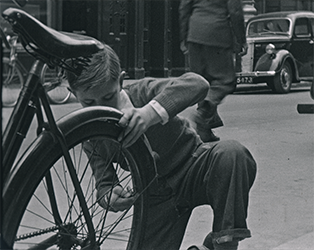 CHILDREN ON FILM COLLECTION LAUNCHES ON THE IFI ARCHIVE PLAYER

August 25th 2022: The Irish Film Institute (IFI) is delighted to announce the Children on Film collection, now free-to-view worldwide on the IFI Archive Player at www.ifiarchiveplayer.ie or via the Archive Player suite of Apps, developed by Irish tech company Axonista.

Children on Film is drawn from material preserved in the IFI Irish Film Archive, and includes factual short films, short educational films, documentaries, drama and animation, with titles spanning from the 1930s to the present day, encompassing the joys and growing pains of Irish childhood.

Speaking about presenting the collection on the IFI Archive Player, Head of IFI Irish Film Programming Sunniva O’Flynn said, ‘This substantial new collection will provide rich pickings for the social historian in all of us, with close scrutiny revealing much about the changing role of children in Irish society over the past 80 years. The films will also reward pure nostalgists who should enjoy the apparent innocence of childhoods in years gone by. The Archive Player continues to provide a welcome window on the work of the IFI Irish Film Archive and the remarkable collections preserved therein.’

Included in this collection are new additions to the platform Boy Wanted; Thirty-Five Aside; An Rinceoir; Our Neighbours’ Children; Water Wisdom; Irish Boy, Story of Sean; The Breakfast, and The Master.

The films explore many different aspects of Irish society and a wide range of childhood experiences, from the busy lives of Montessori children in Louis Marcus’s Páisti ag Obair and the sweet romance of 1950s camogie-playing teenagers in Three Kisses, to the harsher lot of children in institutions seen in Our Neighbours’ Children and The Breakfast, and the challenges to children of the new Irish communities in An Rinceoir and New Boy.

Also presented as part of the collection are animations A Terrible Hullabaloo, and Oscar-nominated Give Up Yer Aul Sins, which put children at the centre of the stories being told to discuss Irish culture, history and religion.

Children on Film joins a wealth of other materials preserved in the IFI Irish Film Archive, and made available digitally via the IFI Archive Player. The IFI Irish Film Archive holds over 30,000 cans of film, dating from 1897 to the present day. Other collections currently available free-to-view worldwide include the Terrence McDonald Collection and F-Rated: Short Films by Irish Women, as well as Oscar®-nominated and Oscar®-winning films in The Oscar Collection®.