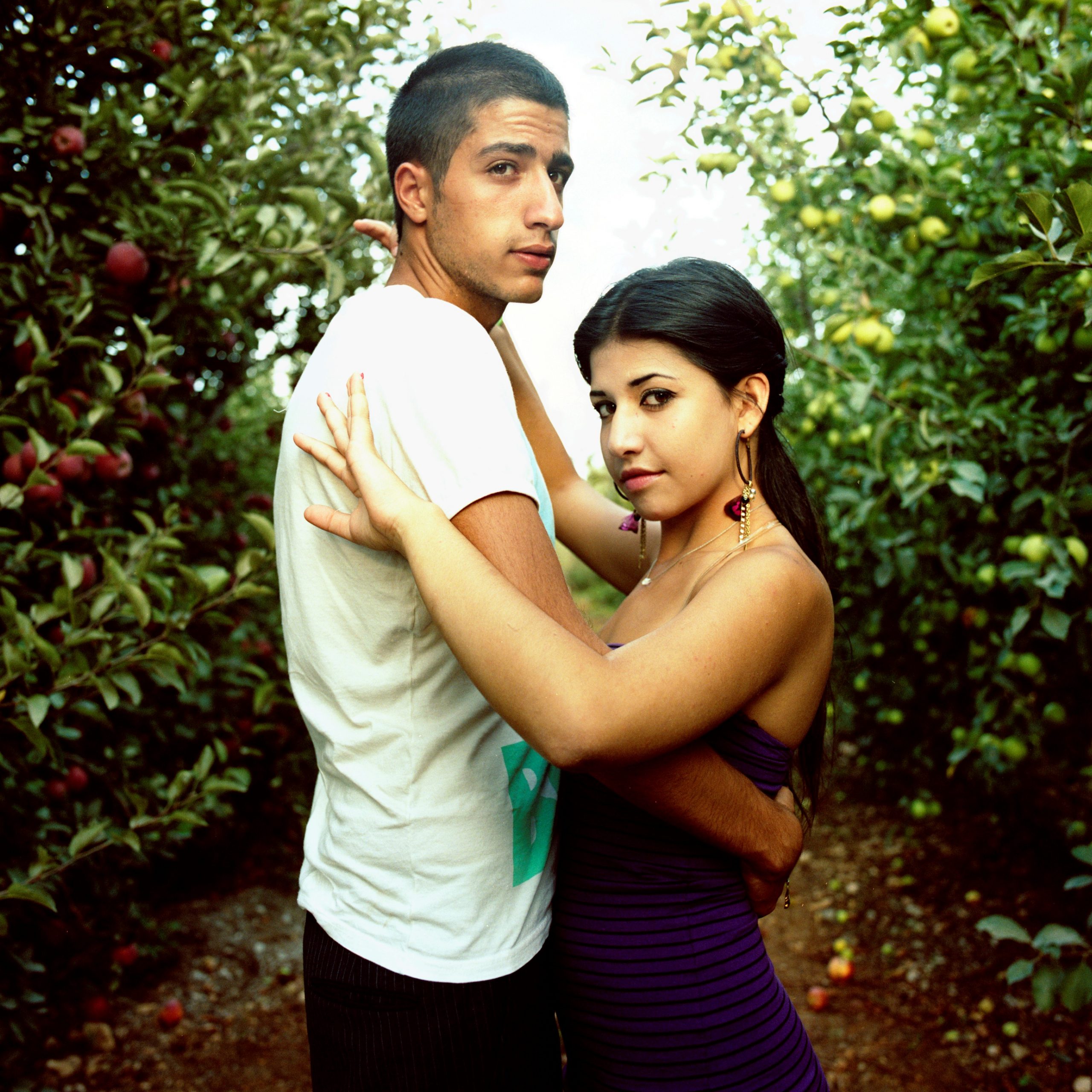 Apples of the Golan (2013) directed by Jill Beardsworth and Keith Walsh, delves into the harsh realities of life in Majdal Shams, one of five remaining Arab villages in the Israeli-occupied Golan Heights. The documentary blends the personal and political, weaving in romantic stories throughout.

Throughout In The Name of Peace: John Hume in America (2017), narrated by Liam Neeson, the life of the Nobel Peace Prize-winner is explored by director Maurice Fitzpatrick. The documentary provides insight into Hume’s inspiration for his fight for peace as well as an impressive roster of interviewees such as Bill Clinton and Tony Blair.

Faith and Branko (2020) provides an intimate portrayal of the unlikely romantic relationship between two musicians from vastly different cultural backgrounds. The couple meet in Serbia when Faith travels there to learn to play gypsy-style music and they form an unlikely pair. Catherine Harte captures the ups and downs of this cross-continental relationship and creative partnership in a personal and engaging manner.

Written and directed by Loïc Jourdain, the documentaries A Turning Tide in the Life of Man (2016) and The Tribe of Gods (2020), highlight the disruption and difficulties of rural coastal life. In A Turning Tide in the Life of Man (2016), the threat of prohibitive fishing policies from the EU casts a dark shadow over the livelihood passed down from generation to generation in a small, Irish-speaking fishing community on the island of Inis Bó Finne off the northwest coast of Donegal. An even more remote existence is explored in The Tribe of Gods (2020), which delves into life on Tory Island, the most remote of all island communities in Ireland.

This season includes three short films by the Danish director Jon Bang Carlsen, which discuss life and love in rural county Clare. In It’s Now or Never (1996), a lonely farmer seeks a wife for companionship as well as assistance on the farm. How to Invent Reality (1996) explores the creation of the above documentary whilst My Irish Diary (1996) further dives into the director’s relationship to Clare through his son’s experience there.

Tadhg O’Sullivan’s To the Moon (2021) is a dreamy and imaginative ode to the moon, with archive footage from Ireland and further afield. The footage is creatively interweaved with new original cinematography filmed across five continents, underscored by an arresting score by Linda Buckley, Amanda Feery and Peter Broderick.

INSIDER / OUTSIDER: NEW DOCUMENTARY PERSPECTIVES: IFI INTERNATIONAL
Apples of the Golan (2013)
In The Name of Peace: John Hume in America (2017)
Deargdhúil: Anatomy of Passion (2015)
The Tribe of Gods (2020)
A Turning Tide in the Life of Man (2014)
It’s Now or Never / How to Invent Reality / My Irish Diary (1996)
Tickets: https://www.ifiinternational.ie/page/insider-outsider/