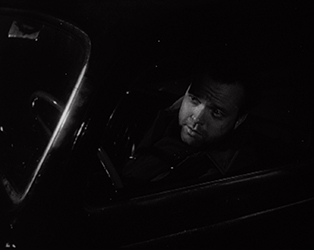 THE OSCAR COLLECTION® ON THE IFI ARCHIVE PLAYER

June 10th 2022: The Irish Film Institute (IFI) is pleased to present The Oscar® Collection: A Selection of Irish Academy Award® Nominated Short Films. Directed and written by Irish filmmakers, and featuring a host of stars such as Seán O’Casey, Orson Welles, Fionnula Flanagan and Brendan Gleeson, the films date from 1951 to 2018. The selection of award-nominated and award-winning films is available to view free of charge worldwide at www.ifiarchiveplayer.ie, and via the IFI Archive Player suite of Apps, developed by Irish tech company Axonista. The Collection is kindly supported by the Government of Ireland through National Broadband Ireland and the Broadband Connection Points plan.

Since the 1950s, Irish filmmakers have secured international recognition across the short film form, with an array of Academy Award® nominations and victories. This collection brings together a selection of these award-nominated live-action and animated dramas and documentaries, presenting some of the earliest works of rising stars, and jewels in the Irish short film canon.

Commenting on the collection of Oscar® nominated Irish short films, IFI Director/ CEO Ross Keane said, ‘This collection of Oscar nominated material once again shows Irish filmmakers operating on a global scale, leading to recognition from the most famous film awards ceremony in the world. Through this launch and unique partnership with the Government of Ireland and National Broadband Ireland, we are proud to present this collection of celebrated Irish films which not only puts a spotlight on the immense achievements of some or our finest filmmakers, but also speaks to the IFI’s national remit by providing access to these titles to audiences right across the country – whether in the comfort of their own homes or at nearly 300 Broadband Connection Point locations nationwide.‘

IFI Head of Irish Film Programming Sunniva O’Flynn commented, ‘It’s always a pleasure to find new ways to explore Ireland’s cinematic past – and what a great source of pride the Academy framework provides. The films in this collection, which are preserved alongside thousands of lesser-known short films in the IFI Irish Film archive, are presented here thanks to the generous support of partners in the National Broadband Plan who recognise both the value and the cost of film preservation.’

Lyrical shorts from the director and cinematographer Patrick Carey include the mesmerising Yeats Country, commissioned by the Department of Foreign Affairs to commemorate the centenary of the birth of W.B. Yeats, and nominated for an Academy Award® for Best Documentary Short in 1966, and Oisín, commissioned by the Department of Land of Ireland as a contribution to the European Conservation Year, nominated in 1971.

Contemporary shorts directed by Irish women include New Boy, directed by Steph Green from a story by Roddy Doyle, nominated for Best Live Action Short Film in 2009; Juanita Wilson’s The Door is set following the Chernobyl disaster, based on a memoir by Belarusian journalist Svetlana Alexievich, and was nominated in 2010; Louise Bagnall’s animated Late Afternoon sees Emily, an elderly woman with dementia (voiced by Fionnula Flanagan), take a cup of tea and a biscuit when a mishap triggers a pleasant journey into the past, nominated in 2019. Other animated films include Nicky Phelan’s Granny O’Grimm’s Sleeping Beauty, offering a modern twist on the classic tale of Sleeping Beauty, nominated in 2010 and Cathal Gaffney’s much-loved Give Up Yer Aul Sins, nominated in 2001.

Irish theatrical talent appears on and off screen with Hilton Edwards’s Return to Glennascaul providing a ghostly vehicle for his friend Orson Welles, nominated for an Academy Award® for Best Short Subject in 1953. Paul Rotha’s Cradle of Genius, a star-filled tribute to the Abbey Theatre which was nominated for Best Documentary Short in 1962 and Martin McDonagh’s film debut Six Shooter stars Brendan Gleeson and Rúaidhrí Conroy; it won the Academy Award® for Best Live Action Short Film in 2005.

The Oscar® Collection: A Selection of Irish Academy Award® Nominated Short Films is drawn from material preserved in the IFI Irish Film Archive.

This programme is supported by the Government of Ireland through National Broadband Ireland and the Broadband Connection Points plan.