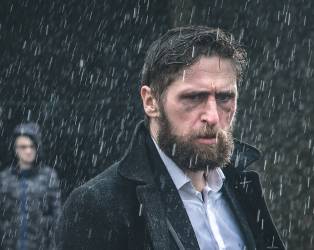 March 9th 2022: Following hugely successful online programmes in 2021, IFI International, supported by Culture Ireland, will this March work with film festivals across the globe to facilitate the screening of over 50 Irish features, documentaries and shorts, at 10 festivals and events which celebrate new and classic Irish work.

Speaking about this year’s global programme of events, IFI Head of Irish Film Programming Sunniva O’Flynn said, ‘As we emerge from the uncertainties of the last two years we are pleased to engage with new and established partners presenting Irish films across a vast geographic and cultural spectrum. Together we continue to programme work that is challenging and entertaining and which broadens audiences’ appreciation of Ireland and Irishness through the best of Irish cinema. We look forward to presenting work in 2022 in cinema and on the IFI International digital platform which now provides year-round global access to new and classic Irish work.’

From March 12th to 20th, the Belgrade Irish Festival screens a number of Irish titles for its 10th edition, including Redemption of a Rogue (followed by a Q&A with cinematographer Burschi Wojnar), Foscadh, and Faith and Branko, which includes a Q&A with director Catherine Harte.

Online film festivals this year include the Irish Festival of Oulu, which will present screenings of documentaries Breaking Out, Pure Grit, Love Yourself Today, and Crock of Gold – A Few Rounds with Shane MacGowan, and dramas Who We Love and Redemption of a Rogue from March 17th to 20th online on IFI International.

Screening on March 19th at the Maysles Documentary Center in New York, with the support of IFI International and Culture Ireland, are Pat Murphy’s acclaimed classic titles Anne Devlin and Maeve, as part of Ár Lorg Saoirse: A Radical Irish Cinema, a curated collaboration with Ruaíri McCann. From March 23rd to 24th, Scéal Eile Film Festival will screen Irish titles Arracht and Redemption of a Rogue at the Cinema Galeries in Brussels, Belgium.

This month, newly-restored classic Blarney will screen at the Irish Seniors Social Group Ottawa on March 22nd, presented in association with the Irish Film Festival Ottawa, ahead of this year’s festival which will run in-cinema and on IFI International from April 8th to 14th.

In special events, the Irish Film London: St Patrick’s Festival will screen Steps of Freedom: The Story of Irish Dance in-cinema as part of this year’s festival taking place from March 11th to 13th. Taking place in Amman, Jordan from March 8th to 12th, Losing Alaska will screen in-cinema at the UN Women International Women’s Day Film Festival, in association with the Embassy of Ireland in Amman, and UN Women Jordan.

For full details of all March events, please see www.ifi.ie/irish-film/international/international-calendar/.

IFI International is supported by Culture Ireland. The IFI is principally funded by the Arts Council.