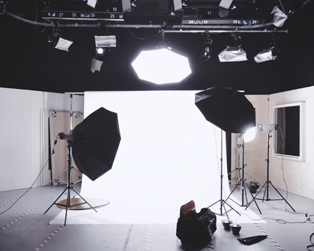 February 24th 2022: The line-up for the IFI Careers in Screen Day 2022, presented in association with Virgin Media Dublin International Film Festival and Fresh Film Festival, has been announced. This year’s event will take place in person on March 2nd, and registration for students ages 15-18 is now available from www.ifi.ie/careers-in-screen2022/. The event is also organised with the kind support of Screen Ireland.

Careers in Screen Day is an opportunity for students to hear from a variety of film and TV industry specialists, to learn about their work both in front of and behind the camera, how they got there, and what advice they might give to young people starting out. This year’s event will cover a wide range of professions and will feature a mix of in-person and livestreamed events.

Speaking about this year’s event, IFI Head of Education Alicia McGivern commented, ‘For our 5th Careers in Screen programme, we wanted participants to enjoy being back in cinema as well as hearing from guests, so the day starts with a full film screening, and then a chance to ask questions of the filmmakers themselves. Across the day, we’ve programmed talks that we hope will appeal to young people exploring different aspects of the industry, both behind and in front of the camera.’

The event will begin with a 9.00 screening of Irish film The Racer, followed by a panel discussion on the behind-the-scenes creation of the film, with director Kieron J Walsh, producer Yvonne Donohue, grip Paul Tsan, DOP James Mather and AD Nicola Jackson.

Also featured in this year’s programme are IFTA-winning actor Moe Dunford, You Are Not My Mother star Hazel Doupe, and casting director Maureen Hughes. A panel from Animation Ireland will be livestreamed into the IFI to discuss the contemporary animation scene across the country, and costume designer Eimer Ní Mhaoldomhnaigh will chat through the process of costume design for film and television, and present a costume display in the IFI Foyer.

Select events will have ISL interpretation and/or be livestreamed to the IFI Careers Space, including The Racer panel, the costume discussion, and a ‘What’s My Job’ panel.

Tickets cost €5 and are available from the IFI website at: www.ifi.ie/careers-in-screen-2022.
Select events will be livestreamed to the IFI Careers Space: www.ificareers.eventive.org/welcome.

Careers In Screen Day is presented by the Irish Film Institute and Virgin Media Dublin International Film Festival and Fresh Film Festival with the kind support of Screen Ireland.