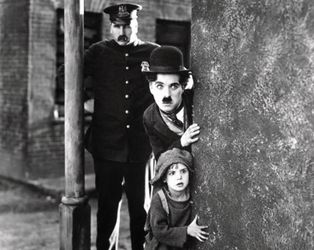 IFI PRESENTS NEW SEASON ‘CHARLIE CHAPLIN: A SMILE AND A TEAR’ THIS FEBRUARY

January 26th 2022: The IFI is proud to present a retrospective season looking at the works of canonical auteur Charlie Chaplin, over a century after his first appearance in front of the camera. From February 12th to 27th, Chaplin’s works from The Kid (1921), his first full-length film as director, to the heavily-boycotted Limelight (1952) are presented in celebration of the longevity of Chaplin’s career and legacy. Tickets are on sale now from ifi.ie.

From his early works, screening on Saturday 12th is The Kid (1921), in which the Tramp (Chaplin) finds a baby abandoned by his mother, and raises the boy as his own son. This disarming mixture of comedy and drama is filled with resonance for Chaplin, whose first child had tragically died in 1919. Enduring comedy The Gold Rush (1925) screens on Sunday 13th, featuring some of Chaplin’s most iconic sequences, such as the eating of the boot and the dance of the bread rolls, as Chaplin himself plays the ‘Lone Prospector’.

Presented on Saturday 19th is City Lights (1931), notorious for its turbulent production which was interrupted by the firing and rehiring of actors. In this film hailed to be one Orson Welles’s favourite, the Tramp falls in love with a blind flower girl, who has mistaken him for a wealthy man. Five years after City Lights, Modern Times (1936), screening Sunday 20th, depicts a Great Depression-inspired aftermath of the Tramp’s breakdown while at work on an industrial assembly line, through great humour and the cultural resonance of a man at odds with technology.

The Great Dictator (1940), Chaplin’s first true sound film, was born out of Chaplin’s careful study of Leni Riefenstahl’s Triumph Of The Will (1935) and is a scathing, unapologetic satire of Hitler, laced with anger and humour. Rounding off the season is Limelight (1952), Chaplin’s last American film, originally banned for alleged communist sympathies. The auteur plays a music hall clown faced with his career coming to an end, who saves a young dancer from a suicide attempt. Fellow silent era icon Buster Keaton makes an appearance for a music hall slapstick performance, marking the only appearance of the two comedic geniuses on screen together.

Tickets for Charlie Chaplin: A Smile And A Tear are available to pre-order now from www.ifi.ie/charlie-chaplin.