Let Austria, France, Germany, Greece, Ireland, Italy, Poland, Portugal, Spain and the UK entertain you with a variety of genres from contemporary, cutting-edge filmmakers. Cork International Film Festival, the IFI and Limerick School of Art and Design will also present short films from Ireland on the programme. 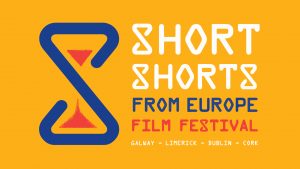 EUNIC Ireland will present a selection of European short films from their home countries at the Irish Film Institute on November 2nd at 6.00pm.

After the screening the audience will be asked to vote for their favourite film via their smartphone.

This is a private event, admission is free, and booking is through boxoffice@irishfilm.ie.

EUNIC – European Union National Institutes for Culture – is the European network of organisations engaging in cultural relations. It advocates a prominent role of culture in international relations and is a strategic partner of the EU.

In line with government guidelines, we currently hope to move to 100% cinema capacity from October 22nd, in which case allocated seating will no longer be in place in screen.