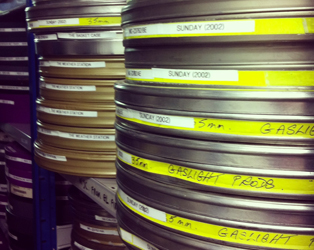 A two-year collaborative research project aimed at uncovering Irish and UK amateur women filmmakers’ histories has been funded worth €525,000 through the Irish Research Council and the Arts and Humanities Research Council in the UK. Irish project partners the Irish Film Institute (IFI) Irish Film Archive and Maynooth University will collaborate with UK project partners to address the invisibility of female amateur Irish filmmakers’ contributions to Irish film culture and practice.

Titled ‘The Invisible Women – Developing a Feminist Approach to Film Archive Metadata and Cataloguing’, the project is led in Ireland by Dr Sarah Arnold from Maynooth University and Kasandra O’Connell, Head of the Irish Film Archive. They will coordinate the selection, cataloguing and digitisation of female amateur Irish filmmakers’ work.

O’Connell, stressing the importance of this, says, “The IFI Irish Film Archive is delighted to work with Maynooth University and our UK partners on such an innovative and important project. We look forward to highlighting the creative contribution of women to our amateur collections and to finding practical ways to ensure that those contributions continue to be acknowledged.”

This project also utilises the existing partnership between the IFI Irish Film Archive, with the archive vault moving to the Maynooth University campus in 2018. Dr Arnold says that, “This project will facilitate the enhancement of close collaboration with the Irish Film Archive and with UK researchers and archives allowing us to develop best practice in highlighting the role of women in important moving image history.”

Professor of Film and Television Studies in the University’s School of Art, Media and American Studies Keith Johnston said, “Film archives are amazing cultural heritage resources – but their potential remains largely untapped, with some filmmakers remaining unheralded due to a lack of knowledge and data within existing catalogue records.”

The funding is provided through the UKRI Collaboration in the Digital Humanities Research Grant, which aims to develop transitional research opportunities between the UK and Ireland.

ABOUT THE IFI IRISH FILM ARCHIVE
The Irish Film Institute is the custodian of Ireland’s unique moving image heritage. As the home of the national collection of moving image, the IFI Irish Film Archive is at the centre of this activity, comprising a collection of over 30,000 cans of film and 10,000 broadcast tapes documenting Ireland’s past and present from 1897 to the present day, chronicling the social, political and cultural development of modern Ireland. The mission of the IFI Irish Film Archive is to acquire, preserve and provide access to Ireland’s moving image collections and associated materials for the benefit of current and future generations.

For further information on the project email Dr Sarah Arnold at sarah.arnold@mu.ie.