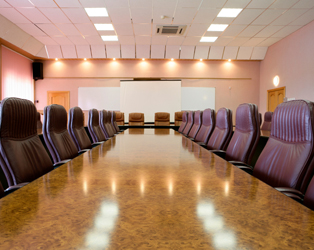 July 1st 2021: The Irish Film Institute (IFI) is pleased to announce the appointments of five new members to the IFI Board of Directors – Dr Zélie Asava, Claire McHugh, Rebecca O’Flanagan, Tadhg O’Sullivan and Prof Maria Pramaggiore. They will join 11 other Board members, led by Chairperson Margaret Kelleher, in overseeing the strategic development of the IFI which dates back to its official incorporation in 1945.

Commenting on these significant new appointments to the IFI Board, Chair Margaret Kelleher said, ‘I warmly welcome these new Board members who bring invaluable expertise and highly relevant experience. The IFI is a vital and unique cultural institution, treasured nationally and internationally, and for its Board, it is a pleasure to support the work of the IFI Executive and Staff who have shown outstanding creativity and resilience over the past period.’

IFI Director and CEO Ross Keane remarked, ‘We are delighted with the calibre of these new appointments to the IFI Board who will offer additional diversity and new perspectives. I welcome each of them as they join our existing Board made up of strong and rich representation across film, preservation, education, business and law‘.

Among newly-nominated Board members is Screen Studies academic Dr Zélie Asava, author of The Black Irish Onscreen: Representing Black and Mixed-Race Identities on Irish Film and Television and Mixed Race Cinemas: Multiracial Dynamics in America and France.  Her work addresses the intersections of race, gender and sexuality in Irish, French, Francophone African and US cinema. She has lectured at UCD, IADT and DkIT, where she was a director of academic programmes in Screen Arts and a member/ chair of management boards, panels and reviews. She currently sits on the boards of Screen Ireland, the Catalyst International Film Festival and the journal Unapologetic.

Claire McHugh is CEO and co-founder of Axonista, a multi-award winning developer of interactive video technology. Established in 2010, Axonista’s software platform powers streaming services for global media companies including Virgin Media, QVC, WaterBear and Oxfam. Passionate about the confluence of storytelling and technology, Claire has a background in digital media and broadcast. An advisor to Scale Ireland, Claire is recognised as one of Ireland’s leading entrepreneurs, and is an active participant in the global start-up community. She has served on the European Innovation Council jury, has been a lead entrepreneur on Ireland’s Going for Growth female entrepreneurship programme, and is an advisor to social enterprise Grow Remote. Together with the IFI, the team at Axonista was the recipient of the 2019 Best Creative Staff Engagement Award at the Allianz Business to Arts Awards for their collaboration on the IFI Player.

Acclaimed producer Rebecca O’Flanagan worked for a number of years in the Irish film industry before she moved to the Irish Film Board to work as a Development Manager, overseeing the Board’s vast development slate including shorts, animation, television and film. In 2004, she left the Board and established Rubicon Films. In 2011, Rebecca executive produced BAFTA-nominated Good Vibrations; in 2012, she produced Butler’s The Stag, and in 2016, John Butler’s second feature Handsome Devil. Her most recent credits include Paddy Breathnach’s Viva, which was shortlisted for Best Foreign Language Oscar in 2016, Hugh O’Conor’s debut feature film Metal Heart, and John Butler’s latest feature Papi Chulo. Rebecca lectures on the MA in Screenwriting course at the School of Film and Digital Media in NUI Galway.

Tadhg O’Sullivan is an artist and filmmaker. He works primarily in documentary film but has made work for radio and for gallery installation also. His films often draw on archive materials, and on literary sources. His third feature To the Moon premiered at Venice in September 2020. Currently playing in festivals around the world, it won Best Irish Film in the Dublin Critics’ Circle awards at the Dublin International Film Festival 2021. Previous features, Yximalloo and The Great Wall, have screened at numerous major film festivals including FiD Marseille, MOMA Doc Fortnight, CPH:DOX, Dokufest Kosovo. Tadhg is on the board of VISUAL Carlow and is the Arts Council Film Artist in Residence in University College Cork for 2021.

Having served on the IFI Board previously, Maria Pramaggiore is Professor of Media Studies and Dean of the Graduate School at Maynooth University. She has published and lectured on Irish film, documentary, gender and sexuality in film and media, experimental film, media archives and animal studies. She has held NIH, NEH and Fulbright Fellowships (the latter at University College Cork) and was a member of the selection committee for the Full Frame Documentary Film Festival in Durham, NC for more than a decade. Her current research examines the video essay form, the voice in documentary and the horse in cinema.

Two Board members who were co-opted to the Board over the past year have been officially elected. Neasa Hardiman is a BAFTA-winning director and writer for film and television drama – her feature debut Sea Fever was released digitally in 2020. Ger McNaughton is creative director and owner of TileStyle, and has served on the board of Business to Arts since 2009. Three members were also re-elected to the IFI Board for an additional three-year term, including Michael M Collins SC – a Senior Counsel practising in the fields of commercial litigation, EU law and arbitration; Adrian Crawford is a former tax partner at KPMG, and a Fellow of both the Institute of Chartered Accountants in Ireland and the Irish Taxation Institute; and Torlach Denihan who has served as Director of several Ibec industry representative bodies, and has worked across marketing and business development.

The new appointments, along with the re-elected members, will join the existing Board chaired by Margaret Kelleher and comprising Sheila de Courcy, John McGrane, Patrick O’Neill, Terence O’Rourke and Juanita Wilson.

IFI Chair Margaret Kelleher and IFI Director and CEO Ross Keane expressed their warm appreciation to outgoing Board members Kevin Moriarty, Dearbhla Walsh and Lenny Abrahamson, who have competed their board terms, for their outstanding contributions.

For more information on the IFI Board and Governance, see ifi.ie.