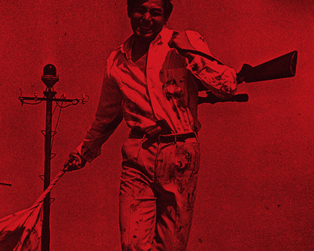 February 1st 2021: The Irish Film Institute is pleased to announce the launch of a new season of Japanese cinema on its video-on-demand platform, IFI@Home, available from Friday, February 5th. Japan has one of the world’s oldest film industries, and this season, released across February and March, presents the moral quandaries of the Golden Age, the absurdity of surrealist cinema, and the thrill of true horror. The films included in the first volume of the season are now available to rent for €5.99 from www.ifihome.ie.

Speaking about curating this new season of films, IFI Cinema Programmer Kevin Coyne commented, ‘Alongside classics from titans such as Ozu and Kurosawa are included some more outré examples of work from contemporary directors, as well as samples of uniquely Japanese takes on genre, such as the kaiju, anime, and pinku eiga films featured.’

Volume I of the season contains 11 films. Two distinctive strands of post-war Japanese cinema are represented by Ozu’s masterpiece Tokyo Story (1953), a moral tale in which an elderly couple travel to Tokyo to visit their children, and Akira Kurosawa’s Seven Samurai (1954), the iconic epic  set during the Senguko period of Japanese history, blending the ‘chambara’ (sword-play film) and ‘jidaigeki’ (period drama).

Masayuki Suo’s 1984 debut feature Abnormal Family parodies the work of Ozu in presenting a hyper-sexualised family portrait, in Suo’s only ever ‘pink film’. Perverted daydreams also take shape in a love triangle between those on the fringes of society in Sion Sono’s unmissable four-hour epic Love Exposure (2008).

Japanese Story: Volume I titles are available to pre-order here.