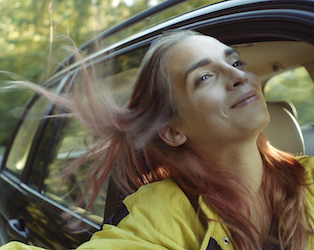 October 29th 2020: The IFI French Film Festival comes of age this year with its 21st anniversary programme from November 11th to 22nd. The festival, Ireland’s largest French cultural event, will take place exclusively on the IFI’s new video-on-demand platform, IFI@Home. 23 features will screen in total including the festival opener, Cannes 2020 Selection The Big Hit. Other highlights include Anne Fontaine’s police drama Night Shift, Caroline Vignal’s My Donkey, My Lover & I, and Jean-Paul Salomé’s Mama Weed, starring Isabelle Huppert. Films are now available to pre-order for €7.50 each from www.ifihome.ie.

The festival opens on Wednesday 11th with Emmanuel Courcol’s comedy The Big Hit. The film, which opened this week’s special three-day Cannes Film Festival event, centres on an out-of-work actor, played by Kad Merad, who teams up with a group of prisoners to mount a production of Beckett’s Waiting for Godot.

Charming comedies, always popular with the IFI French Film Festival audience, are plentiful this year: the 2020 winner of the Prix Jean Vigo, Sophie Letourneur’s Enormous, screens from Monday 16th; the Rohmer-esque À l’abordage, about a young man who hits the road in search of a girl he’s just met, is also available from Monday 16th; while Éric Lartigeau’s #IAmHere, available from Tuesday 17th, features Alain Chabat as a love-struck man going to Seoul to meet a woman he met online.

Speaking about this year’s festival, IFI Director Ross Keane said, ‘In this extraordinary year, as COVID-19 has tested all of our resilience, the IFI has forged new pathways of creativity and connectivity. For the first time, the festival is nationwide, as our new online platform IFI@Home is available across the country. We are immensely grateful for the support of our patrons, members and funders, particularly our principal funder the Arts Council and partner the Embassy of France in Ireland, to ensure that we can continue to deliver quality curated film experiences. Now, more than ever, the power of film to transport us, entertain and enrich our lives is critical.’

The subject of this year’s retrospective is the pioneering filmmaker Jean Grémillion. Vastly under-rated outside France, Grémillon is known for films that are filled with humanity and modernity, with strong, independent female characters, and carefully observed depictions of working class society. The two films that will screen as part of the retrospective are aviatrix drama The Woman Who Dared (Sat 14th) and maritime epic Stormy Waters (Sun 15th). The Grémillion strand will include an online interview with French film historian Geneviève Sellier and academic Douglas Smith, plus an introduction to Stormy Waters by academic Tony Tracy.

As always, the festival will feature a number of fascinating documentaries as part of its line-up. Sébastien Lifshitz’s engaging portrayal of two young girls growing up in the heart of rural France, Adolescents, premieres on Thursday 12th, while Stéphanie Gillard’s look at the Olympique Lyonnaise women’s football team, The Squad, will be available online from Wednesday 18th. The moving documentary The Nest (Tues 17th) delves into the lives of Yvonne & Roger Hagnauer, aka Goëland and Pingouin, who fostered and educated over 500 orphans in the aftermath of World War II, Marcel Marceau among them. Mariana Otero’s Looking for Gilles Caron (Sun 22nd) examines the life and work of the renowned photojournalist who disappeared in Cambodia in 1970 at the age of 30; rentals of the film will include an interview with director Otero and academic Martin McCabe.

Other highlights of this year’s event include environmental drama Red Soil (Thurs 12th) which sees a father and daughter collide over a cover-up at the chemical factory where they both work; the emotional Belgian drama Lola (Fri 13th) centres on a father trying to build a relationship with his estranged transgender daughter; Antoine Russbach’s corporate drama Those Who Work (Mon 16th) looks at the timely issue of corporate responsibility and redundancy; Emmanuelle Béart returns to our screens in the beautiful drama Margaux Hartmann (Thurs 19th); long-buried family secrets come to the surface in Mehdi Barsouai’s A Son (also Thurs 19th); Philippe Garrel’s stunning trilogy of films continues with The Salt of Tears (Frid 20th); and literary provocateur in extremis Michel Houellebecq takes a journey to a health spa to shoot the breeze with Gérard Depardieu in Guillaume Nicloux’s Thalasso (Wed 18th).

Finally, two beautiful animations complete this year’s programme: Aurel’s Josep (Sun 15th) looks back to the time of the Spanish Civil War and the bond that forms between a gendarme and a refugee, and this year’s festival family film is Rémi Chayé’s Calamity (Sun 22nd), a winner at the 2020 Annecy International Animation Film Festival, which looks at the life of the young girl who would come to be known as Calamity Jane.

Speaking about the 2020 programme, Festival Director Marie-Pierre Richard said, ‘The festival this year includes young voices who bring us insightful, realist images of contemporary French youth and the profoundly shifting social fabric, while established auteurs offer depth and dynamism through witty and fresh satire. Heart-warming themes of self-discovery and coming of age, powerful and challenging topics of personal, moral and ethical dilemmas sit alongside stunning documentaries and our now-annual classics focus.’

The French Ambassador to Ireland, His Excellency Mr Vincent Guérend, added, ‘I have just arrived in Ireland and I am delighted we are supporting the biggest celebration of French cinema in the country. In the current health situation, culture remains a fundamental component of our societies. Cinema is in life, and life is in cinema. Congratulations to the Irish Film Institute for having succeeded in reinventing the festival online and offering us this wonderful event. Let’s embrace this journey to France together and bon festival du film français!’

Individual online screenings cost €7.50 for a three-day rental are available now from www.ifihome.ie, with great multi-film bundles also available. Each film will be available to rent for three days during the festival.

The IFI French Film Festival is supported by the Embassy of France in Ireland, The Irish Times, RTÉ Supporting the Arts, Alliance Française Dublin, Institut Français, and Europa Cinemas.