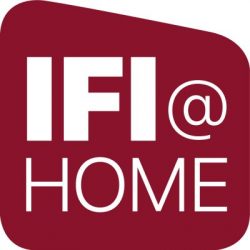 The Irish Film Institute is delighted to announce the launch of its new video-on-demand platform, IFI@Home. The platform, now live at www.ifihome.ie, will make a selection of the IFI’s unique brand of Irish and international programming available to audiences across Ireland for the first time.

The platform launches with the Reel Art Collection, a selection of 20 Irish-made documentaries, funded by the Arts Council, that showcase the immense talent of Irish non-fiction filmmaking. The films, which have premiered at the Virgin Media Dublin International Film Festival since 2010, include Tadhg O’Sullivan’s The Great Wall, Claire Dix’s We Are Moving: Memories of Miss Moriarty, David Cairns and Paul Duane’s Natan, and Oonagh Kearney’s Teach Ionadh/Wonder House. Each of the films is available to rent for €3.99 from www.ifihome.ie.

Speaking about the launch of the new IFI@HOME platform, IFI Director Ross Keane commented, ‘The launch of IFI@Home delivers on a key aspect of our current five-year strategy, to extend the reach of the IFI’s programming beyond our landmark Temple Bar venue to homes across Ireland. This is particularly relevant in these strange times, when everyone is engaging with the arts online in far larger numbers that they ever did before COVID-19, and the IFI is delighted to respond to this change. We are particularly proud to launch IFI@Home with the Reel Art Collection, an inspiring, thought-provoking and diverse miscellany of Arts Council-funded documentaries, produced by some of Ireland’s finest filmmaking talent. During this difficult time, the IFI remains committed to supporting filmmakers both at home and abroad, and we look forward to making their work available to as wide an audience as possible through this new platform.’

At a time when the role of the artist has never been more vital, the Reel Art Collection examines the critical importance Irish creatives have played in the development of our national identity. Writers are central to a number of the films including Alan Gilsenan’s A Vision: The Life and Death of W.B. Yeats, Dónal Ó Céilleachair and Julius Ziz’s Dreamtime Revisited, and Patrick Jolley’s The Door Ajar, which examines the visit of French poet and theatre director Antonin Artaud to Cork in the 1930s.

Not surprisingly, the visual arts provide a focus for many of the films including Conor Horgan’s The Beholder, Sé Merry Doyle’s Jimmy Murakami: Non-Alien, and John Murphy and Traolach Ó Murchú’s Photo City, an exploration of the key role the city of Rochester in upstate New York has played in the development of the art of photography.

Speaking about the Reel Art Collection, Fionnuala Sweeney, Head of Film and Architecture at the Arts Council, added, ‘The Arts Council is delighted that IFI@Home is launching with the Reel Art Collection. Over the past ten years many of Ireland’s finest film artists have made a Reel Art film, and together their work forms a collection that is unique in its subject range and realisation. Until now it has not been possible to see most of these films following their cinema and festival screenings so it is wonderful that they will have a new life on IFI@Home and that audiences all over Ireland will have access to them.’

Also included in the collection are Rouzbeh Rashidi’s experimental love story Phantom Islands, and Cecily Brennan’s exploration of the ties between creativity and madness, The Devil’s Pool.

The Reel Art Collection is now available from IFI@HOME at www.ifihome.ie.