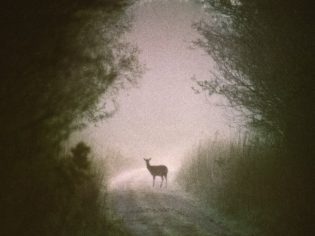 THE PATRICK CAREY COLLECTION COMES TO THE IFI

The Irish Film Institute is today proud to announce the release of The Patrick Carey Collection on the IFI Player, the IFI’s virtual viewing room for materials digitised from the IFI Irish Film Archive. The collection is free-to-view worldwide at www.ifiplayer.ie and via the IFI Player suite of apps.

Patrick Carey (1916-1994) was a two-time Oscar-nominated director who is best-known for his series of lyrical, observational and reflective films depicting the landscape, flora and fauna of Ireland. Allowing the countryside to speak for itself, his beautiful images of crashing waves, misty mountain peaks and breathtaking sunsets are often presented without narration, their soundscapes provided simply by audio recordings of nature and, occasionally, scores by Irish musicians. Many of the films have been digitally remastered by the IFI Irish Film Archive from original 16mm and 35mm prints.

Carey was born in London in 1916. His family moved to Dublin in 1923, where he studied painting at art school before returning to London. He began to work as a photographer and cameraman on nature programmes and documentaries both nationally and internationally. In the early 1960s, he returned to Ireland and established Aengus Films in 1964 with his wife, Vivien.

His first film Yeats Country (1965), commissioned by the then Department of External Affairs, achieved huge international recognition and was nominated for an Academy Award for Best Documentary, Short Subjects in 1966. He was nominated in same category again in 1971 for his film Oisín, the story of Celtic warrior Fionn Mac Cumhaill’s son.

The collection is thematically diverse, delving into a wide range of subjects. Ireland’s pagan festival Samhain and its megalithic tombs are examined in Mists of Time; the stunning mountains of Donegal take centre-stage in Errigal; the relentless landscape of the west of Ireland is featured in Waves; the beautiful, desolate countryside of the Beara Peninsula of West Cork is explored in Beara; while invaluable insights into traditional, rural daily life is the focus of Reflections – Ireland.

Commenting on the release of The Patrick Carey Collection, IFI Director Ross Keane said, ‘The striking work of Patrick Carey is a very welcome addition to the IFI Player. His Oscar-nominated films not only showcase the beauty of the Irish landscape, they are also an important part of the Irish literary and folklore canon. Carey’s artistic and technical skill was undeniable, and we are proud to make these seven films available free to audiences across the world.’

Acclaimed director Pat Collins has contributed to a special introduction which is also available as part of the collection.

Carey was also well-known as a second unit camera operator throughout his life, and worked on classic films including Stanley Kubrick’s Barry Lyndon (1975) and James Hill’s Black Beauty (1971), as well as a second unit director on Fred Zinnemann’s A Man For All Seasons (1966).

The Patrick Carey Collection joins a wealth of other materials preserved in the IFI Irish Film Archive, which holds over 30,000 cans of film dating from 1897. Other collections currently available free-to-view worldwide include The Irish Adverts Project, featuring restored ads from the 1960s, 1970s and 1980s; The Irish Independence Film Collection, a treasure trove of repatriated newsreel material from British Pathé, exploring a tumultuous time in Ireland’s history; and the Loopline Collection Vol. 1, a collection of short films and documentaries from Sé Merry Doyle’s acclaimed production company Loopline Productions.