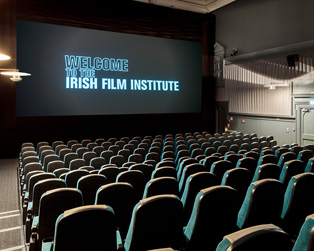 IFI ANNOUNCES ITS EXCITING PLANS FOR 2020

February 25th 2020: The Irish Film Institute (IFI) has today announced its plans for 2020 across its core activities of exhibition, preservation and education. As always, the Home of Film in Ireland will bring an exciting slate of events, strands, seasons and special guests to its recently refurbished landmark building in Temple Bar. Among the highlights, the year will include seasons featuring the work of Federico Fellini, Katherine Hepburn and Bob Fosse, the return of IFI’s four flagship festivals, plus the hugely popular IFI Open Day. The IFI’s wide-ranging education and preservation activity will also continue throughout the year, showcasing the work of the IFI both across the country and further afield.

Following on from the refurbishment of the IFI’s two biggest screens in 2019, the IFI looks forward to a busy schedule of events in 2020. Highlights of this year’s exhibition programme include a retrospective of the work of Italian master, Federico Fellini, director of La Strada, La Dolce Vita and 8½; a season of films featuring four-time Oscar winner Katherine Hepburn; a focus on the work of director Bob Fosse, whose films include such classics as Sweet Charity, Lenny, All That Jazz, and Cabaret; and the return of the Hidden Figures strand, which will this year centre on American Dorothy Arzner (1987-1979), the only female director in Hollywood in the 1930s, who launched the careers of many of the era’s finest talents including Katherine Hepburn.

Speaking at the programme’s announcement, IFI Director Ross Keane, said: ‘We are proud to present this comprehensive programme of activities for 2020 across the IFI’s key pillars of exhibition, preservation and education. These diverse plans not only engage with our robust film industry here in Ireland, but also reflect the passion of the IFI’s audiences for world-class international cinema. We are delighted that much of this activity will take place in the surroundings of our newly refurbished cinemas in Temple Bar, and we look forward to welcoming audiences to our various events, seasons and festivals throughout the year.’

Irish filmmakers and their work form an integral part of the IFI’s 2020 programme with regular Q&A events scheduled with homegrown talent, a very special shorts programme in collaboration with Women in Film and TV (WFT), a public interview with Oscar-nominated filmmaker John Boorman, plus a collaboration with Pan Pan Theatre Company in late July to coincide with the Beckett Summer School. In partnership with the Irish Architectural Foundation, the inaugural Architecture Film Festival will take place in June. The IFI will also again partner with the Bloomsday Festival, Dublin City Council’s One City One Book initiative in April, while the Institute’s ever-popular collaboration with the Dublin Festival of History will return in October. The IFI’s annual look at the Irish film industry, IFI Spotlight, will take place at the end of April, once again provoking debate about the most pressing issues facing the sector.

IFI Open Day will return this summer after a three-year hiatus for another exciting day of free screenings and behind-the-scenes tours.

The IFI’s four flagship festivals will return, with the IFI French Film Festival in November, the IFI Family Festival in August, the IFI Documentary Festival in September, and IFI Horrorthon over the October Bank Holiday weekend, while the fourth edition of the IFI’s Dark Skies science fiction season will take place in July.

IFI is excited to partner with The Film Foundation, a non-profit organisation founded by Martin Scorsese dedicated to protecting and preserving motion picture history. To date, 40 films from around the world have been restored, preserved and exhibited for a global audience under the auspices for The Film Foundation’s World Cinema Project (WCP). In recognition of the 30th anniversary of the WCP, and to celebrate the shared goals of Exhibit, Preserve and Educate, the IFI will programme a season of curated highlights from the 40 restored films.

2020 promises to be another busy year for the IFI Player. February sees the launch of the Patrick Carey Collection, a selection of beautiful, contemplative films from the Oscar-nominated filmmaker. The Filmmaker Playlist initiative, launched by Lenny Abrahamson in November, will continue throughout the year, while the autumn will see the unveiling of the second volume of materials by Sé Merry Doyle as part of the Loopline Collection. The spring will see the IFI Irish Film Archive begin work on a unique project to preserve a large collection of broadcast material created by the community production company Ballymun Communications; the films that make up this project will provide a fascinating insight into the life of people living in the Dublin suburb between 1998 and 2018.

IFI Education will collaborate with the Virgin Media Dublin International Film Festival in March for the third annual Careers In Screen Day; this year’s event will feature guests including actor Amy Huberman and producer Rebecca O’Flanagan. The hugely popular annual Schools Programme will launch in September, with the final phase of the IFI Film Clubs initiative bringing film to young people right across the country in an after-school setting until June. The IFI’s commitment to lifelong learning continues with an exciting new weekend film studies event in spring, the Big Screen Blast, and an autumn Evening Course.

The IFI will continue its commitment to make its exhibition programme as accessible as possible, through improved access to screens and signage, and via scheduled Open Captioned and Audio Described screenings.

The IFI’s IFI National and IFI International strands, which brings the best of local cinema to communities across the country, will bring its Local Films for Local People programmes to Offaly, Donegal, Cork and Galway; IFI National is also delighted that its collaboration with Limerick arts venue Belltable will continue throughout 2020. IFI International will bring the very best of Irish cinema to locations across the world including Croatia, Slovakia, Bulgaria, Ghana, Indonesia, Chile and Egypt.