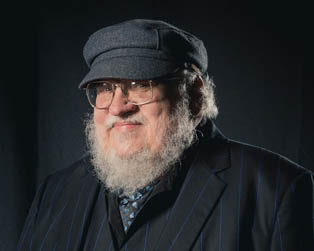 GEORGE R.R. MARTIN TO VISIT THE IFI IN AUGUST FOR A SCREENING OF FORBIDDEN PLANET

Sign up to our newsletter to make sure you have the latest news from the IFI.

The parallels with Shakespeare’s The Tempest are immediately apparent: Morbius is Prospero, his daughter a Miranda who has never known men, Robby the Robot serves as the spirit Ariel, and the monster is Caliban the witch-child. What really distinguishes Forbidden Planet is its fascination with technology and artifice. A lot of money went into creating the giant set that represents Altair-4 as a surreal planet with a green sky, pink sand and two moons. Robby the Robot is the film’s most delightful invention, a benign creation fluent in 88 languages and capable of almost any task.

For more information on Dublin 2019: An Irish WorldCon, see https://dublin2019.com