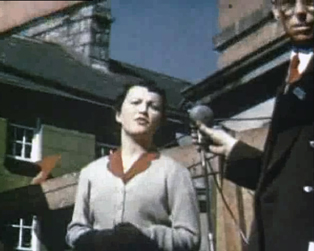 May 7th 2019: After an another hugely popular programme in 2018, the Irish Film Institute will once again bring films from the IFI Irish Film Archive to communities across the country via IFI National’s Local Films for Local People initiative. Throughout the year, specially curated programmes of local interest films will be presented in cinemas and arts centres around Ireland, providing easy access to our national film heritage for a broad range of audiences. As always, the programmes include both professional and amateur films documenting all aspects of Irish life including education, agriculture, music, tourism, industry, sport, music and much more.

Commenting on this year’s tour, IFI Head of Irish Film Programming Sunniva O’Flynn, said, “When archival colleagues have done such a fine job in preserving our film heritage, it is rewarding to present that heritage to the communities with which it resonates most strongly. Audiences are attracted to the shared cinema experience and by the exciting possibility of seeing themselves on screen. Their feedback greatly enhances our understanding of the films and the contexts in which they were made.”

The 2019 calendar starts this Thursday, May 9th, at The Model in Sligo. The programme, entitled A Snapshot of Sligo, will celebrate the county through a selection of films from the 1920s to more recent times. On the night, audiences will be able to enjoy footage of Arthur Griffith visiting Sligo in 1922; films celebrating the landscapes which inspired both William and Jack Butler Yeats; fair days in 1940s Enniscrone; a Sligo travelogue from 1950; a drama festival in Tubbercurry in 1961; and a 2011 film featuring the late Dermot Healy’s reflections on his cherished adopted homeland.

On May 24th, Local Films for Local People moves on to Kiltyclogher on the Fermanagh/Leitrim border for an evening of films featuring both counties. The programme will include rare newsreel footage of the Battle of Belleek in 1922; film of An Tóstal celebrations in 1953 Drumshambo; a film from Radharc about the introduction of water pipes to Aughnasheelin in 1968; and the beauties of Belleek Pottery in 1977. The evening will finish with a ciné-concert of the striking The Farm Below the Mountain (1958), a film made by Scotsman Ernest Tiernan of his Leitrim honeymoon with his young Cornamuchlagh bride as she visits her family; the film will be presented with live musical accompaniment by local musicians Patrick Carayannis, Rodney Lancashire and Seamus Hernon.

In July, Local Films for Local People will make its annual pilgrimage to the Galway Film Fleadh to showcase a selection of films made in the county and the nearby Aran islands. Headling this selection will be the extraordinary, and recently restored, Wonderful Western Islanders, a film made on the Aran islands in 1924 which includes unique footage of the island’s abseiling cliffmen and the making of the island shoes, known as pampooties. 1925’s Connemara’s Appeal documents the dire circumstances in which the people of Connemara found themselves following a bad winter and a failed harvest, while An Ghaeilge Bheo (1975) features a young girl fondly remembering her summer at Irish college in the Connemara Gaeltacht.

In September, the Mermaid Arts Centre in Wicklow will present Down Wicklow Way which will include Rush Hour, a short 1949 caper filmed in Bray; The Legend of the Lough (1937), a haunting portrait of Glendalough, and a montage of short films from the Amharc Éireann newsreels. The evening will culminate in a presentation of Michael Farrell’s recently restored Wicklow boarding school drama Some Say Chance from 1934, with accompaniment by leading improvisational pianist Paul Smyth.

Finally, Local Films for Local People will once again visit the Cork Film Festival in November with a new programme of archival films including Travels Through Erin (1978), an American homage to Aran jumpers in the Cork countryside; Jim Mulkerns’s Car Tour Ireland from 1960; and Cork-themed newsreels from the Irish Independence Film Collection.