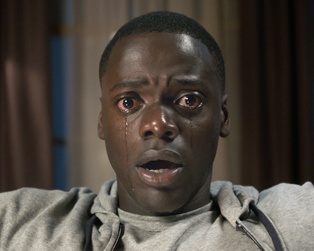 The Irish Film Institute’s 2018/2019 schools education programme is its most exciting and diverse to date. Encompassing the school year from October to May, the programme makes it easier for schools and teachers to plan their visits and related materials months in advance. As in previous years, the programme has been designed to align closely with curricula and to offer opportunities for students to access a wide range of exciting Irish and international cinema. The IFI will also welcome a number of special guests to engage with students on the themes presented on-screen.

A number of films from the programme will tour to venues nationwide, bringing films to 26 locations including Birr, Killarney, Newbridge, Castlebar, Monaghan, Portlaoise, Thurles and Waterford. This year also sees the IFI partner with the National Gallery of Ireland, the National Museum and Science Gallery at Trinity College Dublin to provide workshops which will further enhance students’ understanding and provoke discussion.

Commenting on this year’s programme, Head of IFI Education, Alicia McGivern said, ‘We hope teachers and students will enjoy our film selection this year and find different ways to bring these films into the classroom. With a wide range of films to choose from, guests and collaborations to further the experience, the breadth of the IFI Schools Programme 2018/2019 shows the sheer potential for film in education.’

Senior Cycle films offered this year include Clint Eastwood’s Oscar-winning classic Unforgiven, heartfelt drama Pride, Oliver Stone’s Platoon, and fashion biopics Westwood, a screening of which will be introduced by entrepreneur Norah Casey, and McQueen, which will be shown in association with the annual Junk Kouture fashion competition.

For Junior Cycle students, screenings will include Wonder, the film adaptation of RJ Palacio’s bestselling novel starring Julia Roberts and Jacob Tremblay, Nora Twomey’s Oscar-nominated animation The Breadwinner, and the Irish-language version of The Secret of Kells, Rún Cheannannais Mhóir.

In addition to The Hate U Give and Michael Inside, the Transition Year films on offer this year feature Jordan Peele’s Oscar-winning thriller Get Out, Oscar nominee Lady Bird, Greg Berlanti’s much-admired Love, Simon, and homegrown Great Famine epic Black ‘47. The programme also includes a specially-curated Icons and Innovators section, which celebrates individuals who, through music, sport, art or business, challenged perceptions and inspired countless others. The films included in this selection are Bohemian Rhapsody, Katie, Westwood and McQueen.

Animation from across the globe provides the cornerstone for our Primary programme with screenings of Hiromasa Yonebayashi’s beautiful Japanese anime Mary and the Witch’s Flower and Nick Park’s Early Man in November and February respectively. An opportunity to see Walt Disney’s 1953 classic Peter Pan will also form part of the Primary offering in December, while the IFI will team up with the Green-Schools initiative to show the César Award-winning documentary On the Way to School, to coincide with National Walk-to-School week in May.

Finally, the IFI is delighted to announce the second of its hugely successful Careers in Film Day events next February, in association with the Virgin Media Dublin International Film Festival. On February 28th, second-level students will have the opportunity to meet a whole variety of film industry practitioners from in front of and behind the camera, to learn about their work, how they got there, and what advice they might give to young people starting out. Tickets for this event will go on sale in early 2019.

For more details and to download a full IFI Education 2018/2019 Programme, please visit www.ifi.ie/learn. For more information and booking, please contact Richard or Aoife on 01 679 5744 or email schools@irishfilm.ie.

For media enquiries, please contact Stephen Boylan at the IFI Press Office on 01 679 5744 or email sboylan@irishfilm.ie.