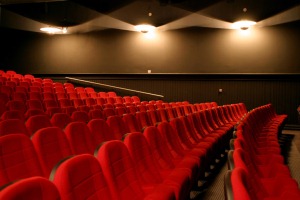 STUART MCLAUGHLIN AND PATRICK O’NEILL JOIN THE IFI BOARD

The Irish Film Institute (IFI) is pleased to announce the appointments of Stuart McLaughlin and Patrick O’Neill to the IFI Board.

Stuart McLaughlin is the EMEA lead for GooglersGive, Google’s employee social responsibility programme. Before joining Google, Stuart was Chief Executive of Business to Arts from 2007 to 2014. During his time with the organisation Stuart led the creation of the New Stream capacity building programme, resulting in over €9 million of additional private income being generated by participating arts organisations.

Previously, Stuart spent 4 years as Business Development Director with Accenture working across both the public and private sectors in Ireland. Stuart was the Chair of the Lewis Glucksman Gallery at UCC and is a member of the International Advisory Committee of the Humanities Institute at UCD. He was awarded the Fundraising Ireland Fundraiser of the Year Award in 2010 and was a recipient of the Arthur Guinness Fund for his work on Ireland’s only crowdfunding platform www.fundit.ie.

Patrick O’Neill is the Managing Director of Wildcard Distribution, an Irish-based film distribution company with credits including The Young Offenders, Bobby Sands: 66 Days, Moonlight, Cardboard Gangsters and AMY.  Patrick has over 15 years of experience in the film industry including seven years working in Business Affairs at the Irish Film Board. Prior to the Irish Film Board, Patrick worked in international sales and film production, and has an MSC in Cyberpsychology, an MA in Audiovisual Management, and a BA in Business Studies.