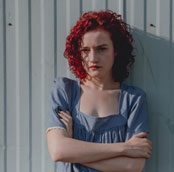 February 21st 2017: Following its sold-out premiere screening at this year’s Audi Dublin International Film Festival, Tomato Red opens at The Irish Film Institute on Friday, March 3rd. Director Juanita Wilson will attend the opening night screening at 20.15, which will then be followed by a Q&A. 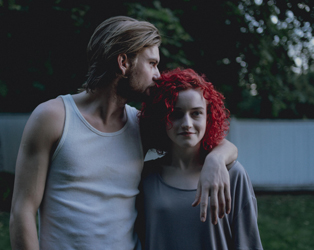 Oscar-nominated Irish director Juanita Wilson’s (As If I’m Not There) second feature is an adaptation of Daniel Woodrell’s 1998 ‘country noir’ novel. Woodrell’s work has previously been brought to the big screen by Ang Lee with Ride with the Devil (1999) and Debra Granik with Winter’s Bone (2010).

Paroled from prison, Sammy (Jake Weary) tries to put a new life together in the Ozarks. He falls in with Jamalee Merridew (Julia Garner, Grandma), who wants nothing more than to escape her family, particularly her mother Bev (Anna Friel), and the unavoidable reputation of the Merridew name in order to make it in Hollywood. Despite his initial doubts, Sammy comes to share her dreams of a better future before tragedy befalls the Merridews, and a terrible choice must be made.