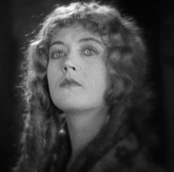 Wednesday, November 23rd 2016: This 1923 silent film by director Sidney Olcott was recently acquired from the Library of Congress in Washington, and is an invaluable addition to the catalogue of films made for and about the Irish emigrant population. Little Old New York is a delightful comedy about a young Irish girl who comes to America disguised as a boy in order to claim a fortune left to her late brother. Marion Davies shines as Patricia O’Day, who in her disguise cleverly negotiates the world of high finance, steam ships and bare-knuckle boxing while falling in love with her cousin Larry Delavan (Harrison Ford).  Sidney Olcott, who was no stranger to Irish emigrant drama, having Irish ancestry himself, worked alongside newspaper magnate and film producer William Randolph Hearst (with whom Davies was romantically involved) to make the film the huge box office success it became.

A tremendous effort went into the making of Little Old New York, and the scenes of the old houses of Manhattan are charming in their historical accuracy. However it is lead actress Marion Davies who steals the show as the youthful masquerading Pat who charms far and above everything else.

The film will be accompanied by a live musical score by pianist Morgan Cooke, one of Ireland’s foremost live-soundtrack improvisers.  Cooke has played at various Film Festivals around Ireland. He was the featured musician at the IFI’s Carl Dryer season in 2012 and Hitchcock season in 2013. He also performed at the IFI’s commemoration of the centenary of the ANZAC massacres. Cooke is head of singing at the Lir Academy and has acted in YOUtopia, The Outlandish theatre and The Abbey.

With thanks to the the Gladys Krieble Delmas Foundation