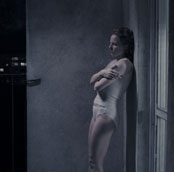 The IFI and Kinopolis Polish Film Festival returns for its 11th season from December 8th to 11th with one of its strongest programmes yet. Director Tomasz Wasilewski’s United States of Love will open the festival, and it will close with a screening of Jan P. Matuszyński’s The Last Family, with actress Aleksandra Konieczna in attendance.

At the launch of the programme, IFI Cinema Programmer Kevin Coyne commented, ‘The ongoing collaboration between the IFI and Kinopolis has become a highlight of our calendar. Ranging from debut features to a master’s final film, this year’s programme reflects the continuing strength of work emerging from Poland, and its position as one of Europe’s strongest national cinemas. We look forward to welcoming both Irish and Polish audiences to the IFI for this year’s festival.’

Set in 1990 amidst the fall of the Iron Curtain, Tomasz Wasilewski’s United States of Love centres on four women struggling to deal with their tangled romantic relationships. This beautifully shot film, winner of the Silver Bear Best Screenplay prize at this year’s Berlin Film Festival, is visually striking and superbly performed by its leads.

Kamper, directed by Łukasz Grzegorzek, is a bittersweet comedy about a young married couple that tackles the uncomfortable truths about intimate relationships. Thirty-something hipster Kamper (Piotr Żurawski) is happily married to the beautiful Mania (Marta Nieradkiewicz). However, his refusal to grow up has put distance between him and his wife, to the extent that they both embark on affairs, her with an alpha-male television host, him with a Spanish teacher.

Afterimage is Poland’s submission for the 2017 Best Foreign Language Film Oscar and the final film by the great Andrzej Wajda. The film is a portrait of the final years of noted avant-garde artist Władysław Strzemiński (played by Bogusław Linda) who battled Stalinist orthodoxy and his own physical impairments to advance his progressive ideas about art. Afterimage is a fitting end to the career of a fearless filmmaker.

Atmospheric retro-thriller The Red Spider takes its inspiration from the urban legend of Lucjan Staniak, a serial killer nicknamed ‘Red Spider’. Director Marcin Koszałka’s debut feature begins with teenager Karol Kremer (Filip Pławiak) stumbling across the body of a child and spotting a stranger leaving the fairground, who he rightfully suspects to be the murderer. Kremer then begins methodically stalking him. Opaque and ambiguous, The Red Spider is a film that will linger long in the memory.

Upon its release, Planet Single banked the third biggest opening by a Polish film in the last 20 years. The movie stars Maciej Stuhr as Tomek, one of the top celebrities in the country and the host of an extremely popular and controversial talk-show. He meets Ania (Agnieszka Więdłocha), a teacher at a musical school, a hopeless romantic looking for Mr. Perfect on an internet dating site. Already the country’s biggest box office hit of 2016 so far, it made Poland the only country where Deadpool did not open at number one!

The animated shorts programme, a consistently popular slot in Kinopolis, also returns this year. This year’s diverse selection includes a poetic journey through the Polish seasons, a father going about his daily routine in an empty nest, an elderly woman who focuses on her knitting while her husband works on a strange invention, and a couple of astronauts stranded on a space station while nuclear war breaks out on Earth.

Closing the festival this year is The Last Family, a study of the dysfunctional family life of surrealist artist Zdzisław Beksiński (1929-2005), whose work is often compared to that of H.R. Giger. Lead actress Aleksandra Konieczna will attend the screening and participate in a Q&A.

For tickets, please click here or www.kinopolis.ie. Alternatively, you can call the IFI Box Office on 01 679 3477. A festival multi-pass, 4 films for €35, is available in person or by phone from the IFI Box Office.

For interview requests and images, please contact Michelle McDonagh (mmcdonagh@irishfilm.ie) at the IFI Press Office on 01 679 5744.