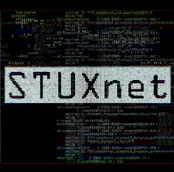 The IFI, in partnership with Science Gallery Dublin, presents a screening of Alex Gibney’s Zero Days on Tuesday, November 15th at 6.15 p.m. This screening, part of Science Week, will be followed by a panel discussion moderated by Jessica Kelly of Newstalk. On Tuesday, November 15th the Irish Film Institute will present a screening of Zero Days, an interrogative look at how global relations have become more complicated by technology. Directed by Oscar-winning documentarian Alex Gibney (Enron: The Smartest Guys in The Room; Taxi to The Dark Side), the screening will be followed by a panel discussion with guests,Orla Cox, Security Intelligence Delivery at Symantec and Pól Mac Aonghusa, Senior Research Manager at the IBM Research Lab.

Zero Days sees Gibney go on the trail of cyber terrorism, specifically targeting the so-called Stuxnet worm, a computer virus that appeared around the world in 2012 before arriving at its destination, Iranian nuclear facilities. Its mission was to destroy uranium-enriching centrifuges, which represented a new level of sophistication in virus complexity; its potentially devastating application has been spoken of as an act of war during peacetime.

Zero Days is a timely, important, and terrifying work that fearlessly addresses one of the most worrying developments in modern international relations. It serves as a reminder that the polite world of face-to-face diplomacy is now only one piece of an increasingly dark and complex puzzle.

Orla Cox is a long-standing member of Symantec’s Security Response team. In her time at Symantec, Orla has been at the forefront of investigations into some of the most well-known cyber threats, such as Conficker and Stuxnet.

Pol Mac Aonghusa is a Senior Research Manager at the IBM Research Lab in Dublin with research interests in Privacy, Artificial Intelligence and data management for semi-structured data.

This event is part of Science Week supported by Science Foundation Ireland in partnership with Science Gallery at Trinity College Dublin.

Tickets for Zero Days + Panel Discussion are available now HERE or by calling the IFI Box Office on 01- 6793477.