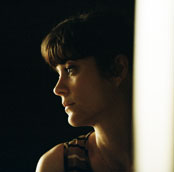 The programme for the 2016 IFI French Film Festival has been announced. Ireland’s largest celebration of French film, now in its 17th year, will run for 12 days at the Irish Film Institute (IFI) from Wednesday, November 16th to Sunday, November 27th. This year’s programme features 23 Irish premieres, will be packed with special guests including Gustave Kervern, Benoît Delépine, Dominik Moll and Gilles Marchand, alongside a focus on French classics, including a 50th anniversary screening of Claude Lelouch’s A Man and a Woman.

Highlights of this year’s festival include the opening film, Justine Triet’s In Bed With Victoria, François Ozon’s period drama Frantz, The Unknown Girl from two-time Palme d’or winners Jean-Pierre and Luc Dardenne, and 2016 Cannes Jury Prize winner It’s Only the End of the World, directed by Xavier Dolan.

Speaking at the programme’s launch, festival director Marie-Pierre Richard, commented, ‘French cinema this year yet again reveals the a tremendous variety of filmmakers that we like for the strength and vigour of their work, the uniqueness of their films and the talent and energy they bring to cinema. We are honoured to have so many wonderful and distinctive directors as our guests at this year’s festival. Our programme is filled with strong personal subjects addressed with singular cinematic vision, and arthouse films with big star casts. This is cinema richly experimenting with form, style and storytelling, giving us films full of life, diversity and inspiration!’

Once again, the IFI is delighted to welcome a number of very special guests to the festival. Writing-directing team Dominik Moll and Gilles Marchand will present two new films: News from Planet Mars and In the Forest, alongside a screening of their 2000 smash hit, Harry, He’s Here To Help; co-directors Benoît Delépine and Gustave Kervern will present popular comedy Saint Amour starring Gérard Depardieu; actress Lola Créton will be in Dublin for the Irish premiere of Corniche Kennedy, while director Sébastian Betbeder will also present two new films, Marie and the Misfits and Journey to Greenland. Controversial military drama, The Stopover, winner of the Best Screenplay award at this year’s Cannes Film Festival, will screen with directors Delphine and Muriel Coulin in attendance.

Documentary highlights of the 2016 programme include a screening of Bertrand Tavernier’s unmissable epic A Journey Through French Cinema, while Cyril Dion and Mélanie Laurent’s César-winning Tomorrow examines projects looking to effect change on a social, ecological and economic level.

The stars of French cinema appear throughout this year’s programme with Gérard Depardieu also appearing in the odd-couple road movie Tour de France, Marion Cotillard, Léa Seydoux and Vincent Cassell all feature in Xavier Dolan’s It’s Only the End of the World, while legendary actor Jean-Pierre Léaud, star of Truffaut’s Les Quatre Cents Coups, portrays an ailing Louis XIV in The Death of Louis XIV.

The screening will be followed by a Q+A with directors Delphine and Muriel Coulin.

The screening will be introduced by Dr Douglas Smith, Senior Lecturer, School of Languages and Literature, UCD.

The screening will be followed by a Q+A with actress Lola Créton.

The screening will be introduced by writer-director Dominik Moll and writer Gilles Marchand.

The screening will be followed by a Q+A with writer-director Dominik Moll and writer Gilles Marchand.

The screening will be followed by a Q+A with writer-director Gilles Marchand and writer Dominik Moll.

The screening will be followed by a Q+A with director Sébastian Betbeder.

The screening will be introduced by director Sébastian Betbeder.